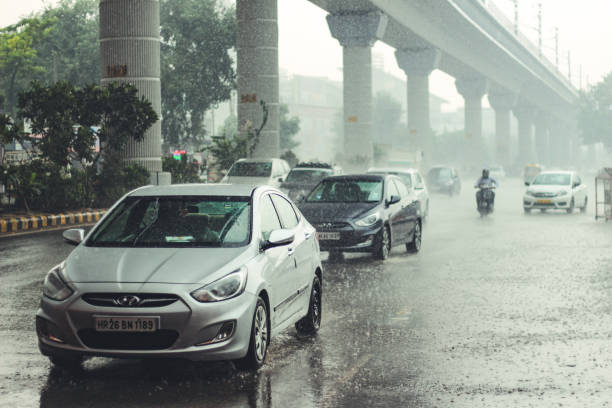 New Delhi [India]ANI): The India Meteorological Department on Sunday predicted that the western disturbance is likely to hit the eastern region of India from January 11, issuing yellow and orange warnings of rainfall.

Speaking to ANI, RK Jenamani, Senior IMD Scientist said, “As western disturbance is moving further, central India and the east part of India particularly Odisha, Jharkhand, Bengal, and Bihar will face heavy rainfall. We have issued a yellow warning from January 11 to January 13 for these places.”
“Odisha is already under orange warning on January 11 and 12 because on January 11, a hailstorm will take place in Chhattisgarh, Jharkhand, and Odisha,” said the IMD Scientist.

Further, the Senior IMD Scientist said that there will be a thunderstorm in Telangana and coastal Andhra Pradesh as well. “We have also given warning of cold waves in Northern India and dense fog will be seen in Rajasthan and Haryana,” he added.

Speaking about the ongoing rainfall in the Northern region of India, he said, “The ongoing intense precipitation spell over the western Himalayan region and adjoining plains Rajasthan, Haryana and Punjab will get decreased from today. Yesterday, it was slightly decreased, but activity was still high in areas like Punjab,” Jenamani informed.

He also stated that heavy rainfall was also reported in Punjab, Ludhiana, and Haryana yesterday, and moderate rain was reported in the Nazafgarh and Palam areas of Delhi.

“South Delhi received less rain by 10 mm at around 8:30 in the morning. And in the afternoon, Delhi received light to moderate rain. If we talk about the Himalayas, Jammu and Kashmir received heavy snowfall. Rainfall and snowfall were also reported in Himachal Pradesh and Uttarakhand,” he said.

The IMD Scientist asserted that rainfall will be decreased substantially by the night in the national capital followed by no rain from tomorrow till January 16 and 17 as there is no western disturbance ahead.

“There has been a fall in temperature in Rajasthan. So, the cold wave in Rajasthan, Punjab, and Haryana will start on January 12. In Delhi, the temperature can be witnessed between 5 degrees to 6 degrees till January 14, but we can’t say if there will be a cold wave in Delhi or not as we are still monitoring it,” he added. (Picture Source – FreeRange)