Incentivising people to help in population control, the Uttar Pradesh Government will be announcing a new population policy for 2021-2030.

Lucknow : Through the proposed policy, efforts will be made to increase the accessibility of contraceptive measures issued under the Family Planning Programme and provide a proper system for safe abortion.

While on the other hand, through improved health facilities, efforts will be made for population stabilization by providing accessible solutions to impotence/infertility and reducing the newborns’ and maternal mortality rate.

One of the key points in the new policy is to make comprehensive arrangements for the care of the elderly, apart from better management of education, health, and nutrition of adolescents between 11 to 19 years.

Chief Minister Yogi Adityanath will be releasing the New Population Policy 2021-30 on the occasion of World Population Day on July 11.

While reviewing the presentation regarding New Population Policy 2021-30 on Thursday, the CM said, “Poverty and illiteracy are major factors for population expansion. There is also a lack of awareness about the population in certain communities. Therefore, there is a need for community-centric awareness efforts.”

He also stated that the period of Population Policy 2000-16 of the state has ended and now a new policy is the need of the hour.

While reviewing the presentation, CM Yogi said that along with awareness and better health facilities, all necessary efforts should be made for population stabilization.

In this sequence, he also directed to form ‘Health Clubs’ in schools. Along with this, instructions were also given to make arrangements for digital tracking of newborns, adolescents, and elderly people.

He said that while preparing the new population policy, efforts should be made to maintain the – demographic balance in all the communities; easy availability of advanced health facilities, and to bring down the maternal and child mortality rate to the minimum level through proper nutrition. The objectives of the new policy should be embedded in the spirit of the Sustainable Development Goals.

The report of National Family Health Survey-05 is going to be released soon. The new policy will accelerate the efforts of population stabilization. In this, targets have been set on different parameters in two phases for 2026 and 2030. 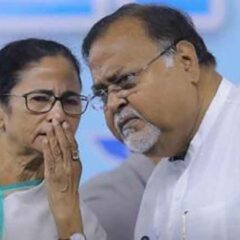