The Tribal areas and Pakistan: Equality exists or not? Read to know more 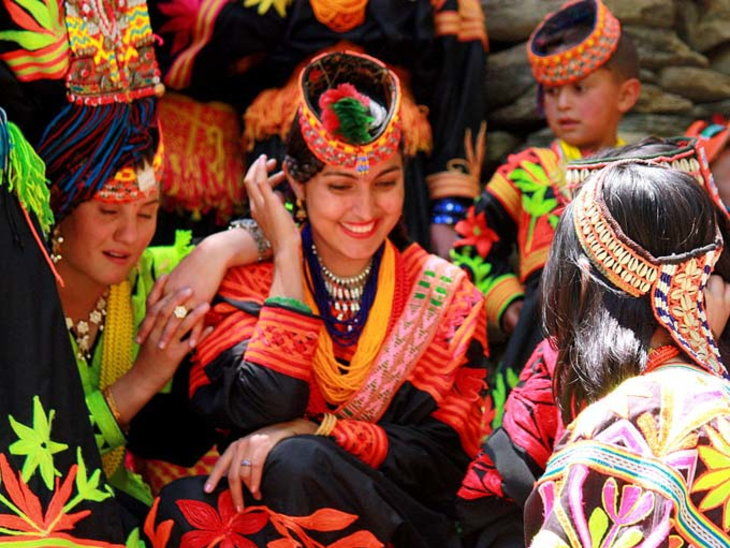 By KSHVID DESK with Inputs from Agencies

Islamabad, Pakistan: FATA, a 27,200-square-kilometer belt along Pakistan’s mountainous northwestern border, has been treated differently than the rest of the country since the country’s independence from the British in 1947. The ‘Excluded Area’ device was retained in Pakistan’s constitutions of 1958 and 1962. The Federally Administrated Tribal Areas (FATA), located in northwest Pakistan near the Afghan border, is one of the world’s most danger zones and has served as a base for jihad and terrorism in South Asia. FATA people are treated differently than the rest of Pakistan because they are governed by imperial rules and have been harmed by extremism and military operations.

The Federally Administered Tribal Areas (hereinafter FATA) are a special-status region in northwest Pakistan. It is bounded to the east by the Khyber Pakhtunkhwa (KP) province, to the south by the Balochistan province, and to the west by Afghanistan. FATA covers 27,220 km, or 3.4 percent of Pakistan’s territory, and is home to just over 3.1 million people, or 2.4 percent of the country’s population, according to the 1998 demographic survey , the most recent available survey. FATA’s rural population accounts for roughly 97 percent of the total, indicating the region’s traditional way of life.

Since 2001, when hundreds of terrorists, including al-Qaeda fighters, withdrew there from Afghanistan’s disintegrating Taliban administration, it has been a flashpoint. The existence of a large number of terrorists in this undeveloped and neglected region gave rise to the indigenous Tehrik-e- Taliban Pakistan (TTP or Pakistani Taliban) movement, which upset the region’s centuries-old tribal traditions and power dynamics.

FATA quickly became a shelter for various types of militants, including local Pakistani militants as well as militants from other countries, primarily Afghans, Arabs, Uzbeks, Chechens, and Uighurs. De-escalating this hub of uncontrolled militancy is critical for Pakistan’s peace and security, regional stability, and both East and West’s global interests. However economic complaints must be addressed, and the rule of law must be extended to and enforced in FATA.

The chaotic situation in Pakistan’s Federally Administered Tribal Areas (FATA) implies important effects and serious implications for education, particularly higher education, throughout the tribal belt. Surprisingly, no comprehensive study has been performed to look into the aspects of FATA higher education that have been negatively impacted since 9/11.

In fact, higher education in the FATA region has its own set of characteristics. The tribal region as a whole has a shortage of well-maintained and appropriately furnished colleges. The lack of proper educational facilities, compounded by a hostile security environment, has complicated the problem. The region’s law and order crisis has weakened the education department’s already weakened monitoring system. This state of things provides fertile ground for extremist and radical impulses to flourish. In fact, the education system in tribal areas has received relatively little attention. Due to the proactive engagement of the international community, the entire setup needs to be restored. FATA has been beaten and poor for decades due to internal fighting and competition. The tribal territory as a whole has been troubled by instability, social dissatisfaction, and insecurity. The education industry, particularly higher education, has been particularly heavily damaged. All courses, institutions, and teaching staff involved in transmitting knowledge above the intermediate level are referred to as higher education.

The social, cultural, and economic institutions of Pakistan’s Federally Administered Tribal Areas (FATA) were severely destroyed when terrorists emerged in the 1990s, impacting women’s lives the most. Basic services such as health and education were restricted, and women’s mobility was restricted to the point where they were unable to see a doctor, attend school, or engage in social activities. Worse, militants in FATA physically abused locals. In this region, where more than 60% of the population lives below the national poverty line, the lack of law and order has had a direct impact on the region’s overall economic and social standing.

In Pakistan’s tribal groups, the inability to obtain official justice has long been a source of tension. Even though the Supreme Court declared informal jirgas illegal, they remain an important (although informal) aspect of the legal system, offering quick justice that is in line with local values. Women’s access to justice has significantly improved, but significant investment is required to make legal institutions more gender responsive.

FATA has been gradually returning to “sanity” since 2014, following the creation of peace and government efforts to bring significant reforms to the province. A bill to integrate the FATA region with the Khyber Pakhtunkhwa (KP) province was passed as the first significant step toward this transition. Steps like this toward mainstreaming FATA’s isolated tribal communities can considerably improve people’s lives, especially their access to basic rights like education.

Pakistan’s Federally Administered Tribal Areas, or FATA, ceased to exist on May 31, 2018. These seven tribal districts, which are home to five million people and cover more than 27,000 square kilometres, have received considerable worldwide attention in the previous two decades due to their shared border with war-torn Afghanistan. By combining the tribal agencies with the nearby province of Khyber Pakhtunkhwa, Pakistan’s government has put an end to FATA’s century-long special status (KP).Poor governance and decades of conflict in Afghanistan had left the region vulnerable to insurgency and deprivation.

Because of Pakistan’s persistent economic collapse and social instability, as well as the country’s weak political structure and growing cooperation with Western countries. Talibanization is spreading in Pakistan’s tribal areas. It is primarily characterized as extremism, violent action, and mass activism, all of which will have a big impact on Pakistan’s political stability and force Western military forces to remain in Afghanistan for a long time. Those hardline religious elements and separatists will also put a strain on China-“all-weather” Pakistan’s partnership.

If we draw this conclusion, we might claim that the people of the Tribal Areas have been forced to remain in ‘tribalism’ as a result of legal exclusions. The system imposed on the inhabitants of FATA is not much better than the Taliban’s terror regime. Only by establishing the Rule of Law can peace be accomplished, which necessitates not only a large financial effort but also a strong political commitment. An obvious first step would be to expand the higher court’s jurisdiction to the tribal areas of FATA. Steps must be taken to establish a legal economy in the FATA. Tribals are awaiting for better days since long.

Home » Views & Voices » The Tribal areas and Pakistan: Equality exists or not? Read to know more
a
Menu