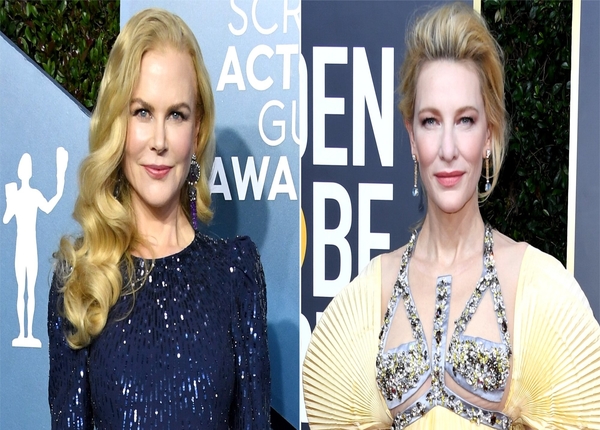 Nicole Kidman has opened up about portraying Lucille Ball in ‘Being the Ricardos’ after Cate Blanchett was previously attached to the role.

According to People magazine, Kidman talked about preparing to play the iconic comedian and ‘I Love Lucy’ star for the movie, directed by Aaron Sorkin. When asked about joining after Blanchett, who could no longer do the film due to scheduling conflict, Kidman shared the industry motto she holds about casting.

“I feel like there’s a sacred pact among us all — whoever gets something, that’s where it was meant to land,” said Kidman.

Lucie Arnaz, the daughter of Ball and Desi Arnaz who served as an executive producer on ‘Being the Ricardos’, has shared that she was personally “devastated” when Blanchett no longer could do the project: “It just took too long and we lost her. I was devastated.”

Addressing initial backlash to her casting before anyone saw her final performance, Kidman said she avoids social media comments but still found out about reactions.

She said, “I’m not on the internet and I definitely don’t Google myself. But things trickle through.”

Back in 2018, Blanchett, who currently stars in ‘Don’t Look Up’ and ‘Nightmare Alley’, told The Hollywood Reporter about planning to play Ball at the time: “I’ve long been obsessed by Lucille Ball. Who hasn’t? … It’s a work in progress, but one I am very excited about.”

The movie takes place during one week of filming the couple’s famous sitcom ‘I Love Lucy’, during which Lucy and Desi “are threatened by shocking personal accusations, a political smear, and cultural taboos,” per the film’s official description. Lucy and Desi were married in 1940 and later split in 1960.

‘Being the Ricardos’ is streaming on Amazon Prime Video.