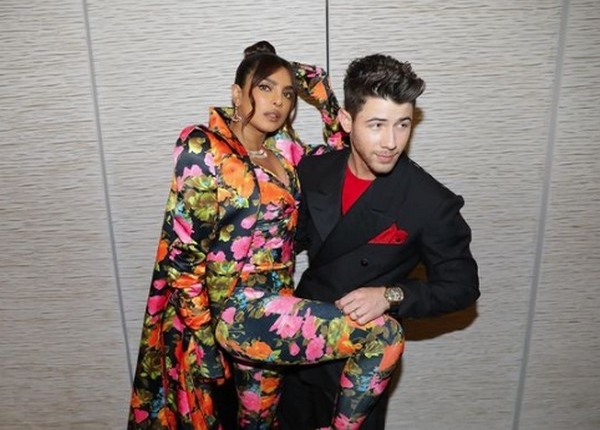 Ahead of their third wedding anniversary, Nick Jonas and Priyanka Chopra took social media ablaze with their recent pictures from their stylish appearance at the 2021 British Fashion Awards in London on Monday night.

Nick took to his Instagram handle and shared a series of pictures with his wife who wore a grand flower-print ensemble from London-based designer Richard Quinn, as per E! News. “The star of the show,” Nick captioned the post.

For the event, Nick sported a sleek suit with shoes from Maison Margiela and Reebok, as per E! News.

The couple attended their last event together in May when Nick hosted the 2021 Billboard Music Awards.

Priyanka supported her husband who was recovering from a cracked rib at that time.

“Nick and I have a 10-year age gap, and there are many ’90s pop culture references he doesn’t understand, and I have to explain them to him… He teaches me how to use TikTok, for example, and I teach him what a successful acting career looks like,” she said in ‘Jonas Brothers Family Roast’.

The duo also shared heartwarming posts appreciating one another on the occasion of ‘Thanksgiving’.

Along with photos in which both could be seen cuddling, Nick wrote, “Happy Thanksgiving everyone! Grateful for you @priyankachopra.” Meanwhile, Priyanka wrote, “So much to be grateful for. Friends, family.. I love you @nickjonas.Happy thanksgiving to everyone celebrating.”

Meanwhile, on the work front, Priyanka has multiple projects in her kitty including ‘Matrix 4: Resurrections’, Jim Strouse’s ‘Text For You’, and the drama series ‘Citadel’ co-created by Joe and Anthony Russo.

She will also start shooting for Farhan Akhtar’s ‘Jee Le Zara’ along with Alia Bhatt and Katrina Kaif.