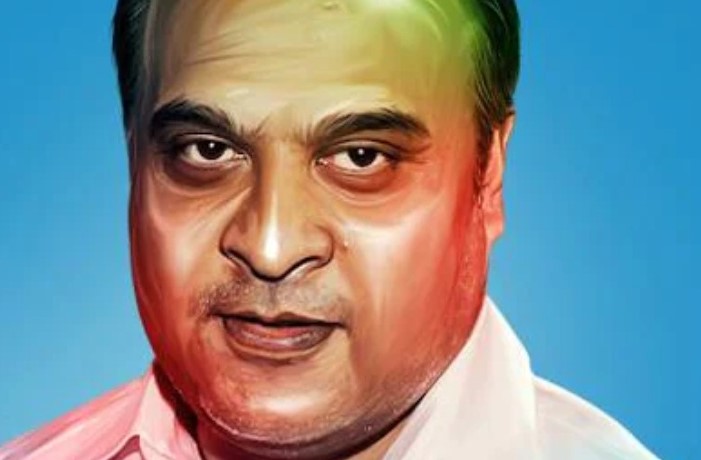 For BJP strongman Himanta Biswa Sarma, it is a long-cherished aspiration that has fructified.

As he dons the Assam chief minister’s mantle, the fierce campaigner, who is also the architect of the BJP’s success story in not just Assam but the entire Northeast and an able administrator, has finally come of age.

Many in Assam were surprised that the BJP central leadership had to go through the motion of so many deliberations before naming a face that every Assamese, irrespective of ethnic background, relates to.

It has been a long wait for Sarma who was once the blue-eyed boy of three-time former Congress CM, the late Tarun Gogoi, and seen even within the Congress as a natural successor of Gogoi. The two had fallen out with each other following Gogoi’s US-educated son Gaurav’s emergence in Assam’s political landscape.

It is history how the Congress missed the bus and not Sarma when he was not given the place that he deserved as a Young Turk after having won the support of a large majority of MLAs during the 2014-15 dissidence within the party.

The BJP did not commit that mistake. It rewarded him for all that he has achieved for the party in the past six years, including hoisting the party flag across the Northeast.

In 2017, Congress leader Rahul Gandhi had shared a video of his dog Pidi on Twitter to answer who “tweets for Rahul Gandhi” but Sarma shot back, being reminded of an incident involving the pet.

He had tweeted: “Sir @OfficeOfRG, who knows him better than me. Still remember you busy feeding biscuits 2 him while we wanted to discuss urgent Assam’s issues.”

Born into a highly-educated family on February 1, 1969 in Jorhat, Sarma had started his political career with the All Assam Students’ Union (AASU). He grew up under the shadow of the then AASU leaders, including former CM Prafulla Kumar Mahanta of Asom Gana Parishad (AGP) and former AGP minister Bhrigu Phukan.

He served the Cotton College Union Society as general secretary for three terms in 1988-89, 1989-90 and 1991-1992. He is a post-graduate in political science, an LLB and a Ph.D who also practised law at the Gauhati High Court.

Former CM Hiteswar Saikia could see the spark in Sarma and made him join the Congress in the first half of 1990s. In 1996, the Congress fielded him in the Jalukbari seat, pitting him against Phukan who groomed him in the AASU. He lost by 17,128 votes. However, five years later, he defeated Phukan by 10,019 votes. He has retained the seat since.

Noting his ability as a minister and his political wisdom, observers say Sarma should have become the Assam CM long back. After falling out with Gogoi, he had joined the BJP in 2015. When Assam won the 2016 polls, the BJP took the lead in forming the non-Congress conglomerate of political parties called North East Democratic Alliance and made him its convenor.

He has not only contributed to the prowess of the BJP in Assam but also consolidated the BJP’s organisational base across the region.

A master election strategist who is widely known for his political acumen, he was instrumental in scripting the BJP’s victory in Assam as well as Tripura, Manipur and Arunachal Pradesh. Today, the BJP is also a constituent of the ruling coalition of Nagaland and Meghalaya.

Sarma had played a key role in toppling the Peoples’ Party of Arunachal government in 2016 when 33 of its 43 MLAs, led by CM Pema Khandu, joined the BJP.

He did not stop there. The next year, he helped the BJP form a government for the first time in Manipur. The BJP had won 22 seats as against the Congress’s 28 in the 60-member House but he managed to cobble up the numbers by engineering defections.

Most recently, when legislators, including ministers, of some BJP allies had withdrawn support to the N Biren Singh government, reducing it to a minority, it was Sarma again who had troubleshot the problem with the patch-up job. Undisputedly, nobody in the Northeast is better than him when it comes to making or breaking a government.

Home » My Chief Minister » Himanta Biswa Sarma: The kingmaker of Northeast
a
Menu