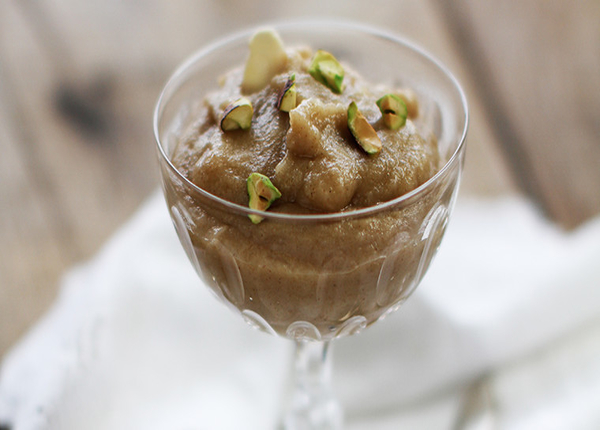 The aroma of freshly prepared desi ghee kadha prashad and the sound of pressure cooker whistle can be heard from Manpreet Kaur’s house who has volunteered for langar sewa near her house, celebrating the auspicious festival of Gurupurab.

Guru Nanak Jayanti, also known as Gurupurab, Guru Nanak Dev Prakash Purab or Guru Nanak Aagman Divas, has just arrived. It will be celebrated on November 19 this year and is considered one of the most important festivals in Sikhism. The day marks the birth of Sri Guru Nanak Dev, who laid the foundation of Sikhism. Born in 1469 in Talwandi, Pakistan, Sri Guru Nanak Dev spread the message of ‘Ik Onkar’, meaning ‘One God’ who dwells in every one of his creations and constitutes the eternal truth.

The celebrations of the auspicious festival include the three-day Akhand Path during which the holy book, Guru Granth Sahib is read continuously from the beginning to end without a break.

Prabhat Pheris are also held early in the morning. Prabhat Pheris are processions that begin at the Gurudwaras and proceed around the localities singing shabads (hymns). This procession is led by the five armed guards, who represent the panj pyara (five loved ones). They head the procession carrying the Sikh flag, known as the Nishan Sahib and the Palki (Palanquin) of Guru Granth Sahib, decorated with flowers.

Then some volunteer to be the host and invite the Sangat (devotees) to their houses for tea and prasad (devotional food offering).

Sikhs also visit gurdwaras where special programs are arranged and kirtans (religious songs) are sung. Community lunches (langar), including free sweets, are also offered to everyone.

Like every year, Manpreet Kaur has volunteered for this year’s Gurupurab too. She told ANI about the five main food items which are prepared in the Guru Da Langar.

1. Kadha Prashad: This is the most important traditional sweet that is prepared with wheat flour, desi ghee and sugar. Kadha Prashad is a smooth, velvety texture halwa that is made by roasting the wheat flour, very slowly in a substantial quantity of ghee in an enormous kadai. While preparing the prashad, the sacred verse is recited during the entire process. The kadha prashad is served hot with hands to sangat.

2. Sindhi Dal Pakwan: Sindhi Dal is one of the most delicious items one could have in Guru Da Langar. The spicy and aromatic features of Sindhi and Indian meals are mixed together to prepare this dal. This dal is prepared from soaked chana dal. This dal is served with green chutney and some chopped onions. It is served with Pakwan, which is deep-fried, crisp, flat usually prepared with all-purpose flour or whole wheat flour.

3. Kheer: This is a sweet rice wet pudding, usually made by boiling milk, sugar or jaggery, and rice. Rice can also be substituted with millet, Sabudana.

4. Makke Ki Roti, Sarson Ka Saag: Makki ki roti, also called as Makki di roti is a flat chapatti made from corn meal. It is baked on a tawa (griddle) or tandoor. It is served with sarson ka saag and cubes of butter, green chilli and chopped onion. Lassi (Chaachh) can also be served with the meal.

5. Aloo Gobhi: Aloo Gobhi is a dry vegetable meal made by frying potatoes, cauliflower, and mixing them with Indian spices. It can also be made by adding kalonji and curry leaves. Aloo gobi is prepared by frying the potatoes and cauliflower first and then adding to the gravy or masala.

Volunteers of all age groups gather to prepare the community lunch (langar). Men, women and children— anyone can participate in the sewa. This denotes the feeling of brotherhood. People gather to chop vegetables, cook on huge fires and roll out a countless number of rotis.

Usually, the tasty langar is simple with dal, fresh seasonal vegetables and piping hot rotis. But, as it is Guurpurab, the dishes have to be special just like the occasion itself.