Delta variant to become dominant strain of Covid-19 in coming months: WHO

In its Covid-19 Weekly Epidemiological Update, the WHO said as of June 29, 2021, “96 countries have reported cases of the Delta variant, though this is likely an underestimate as sequencing capacities needed to identify variants are limited.”

The World Health Organisation has said the Delta variant of Covid-19 is now present in nearly 100 countries as per conservative estimates, and warned that in the coming months the highly transmissible strain will become the dominant variant of the coronavirus globally. In its Covid-19 Weekly Epidemiological Update, the WHO said as of June 29, 2021, “96 countries have reported cases of the Delta variant, though this is likely an underestimate as sequencing capacities needed to identify variants are limited.”

A number of these countries are attributing surges in infections and hospitalisations to this variant. “Given the increase in transmissibility, the WHO warned that the Delta variant is “expected to rapidly outcompete other variants and become the dominant variant over the coming months.”

The world body noted that the tools that exist today to combat the coronavirus — individual, community level-public health and social measures, infection prevention and control measures that have been used since the beginning of the pandemic — remain effective against current variants of concern (VOCs), including the Delta variant.

“Although the increased transmissibility of VOCs (Variants of Concern) means that measures may need to be maintained for longer periods of time, particularly in a context of low vaccination coverage, these measures must be targeted, time-bound, reinforced and supported by member states,” it added.

Last week, WHO Director-General Tedros Adhanom Ghebreyesus said the Delta variant is the “most transmissible” of the variants identified so far and is spreading rapidly among unvaccinated populations.

“I know that globally there is currently a lot of concern about the Delta variant, and WHO is concerned about it too. Delta is the most transmissible of the variants identified so far… spreading rapidly among unvaccinated populations,” Ghebreyesus had said.

He had noted that as some countries eased public health and social restrictions, there was a corresponding increase in transmission around the world.

For the first time in several weeks, the highest numbers of new COVID-19 cases were not reported from India.

The South-East Asia Region reported over 573,000 new cases and over 13,000 new deaths, a 5 per cent and a 33 per cent decrease respectively compared to the previous week.

“Well into the second year of the COVID-19 pandemic, the global situation remains highly fragile. While at the global level, trends in cases and deaths have been declining in recent weeks, there is significant variation by region, by country and within countries,” the update said.

It said in all WHO regions, there are countries reporting sharp increases in cases and hospitalisations.

There are a number of factors contributing to this, including the emergence and circulation of more transmissible variants of SARS-CoV-2, increased social mixing and mobility, uneven and inequitable vaccination; and considerable pressure to lift public health and social measures, the WHO said. 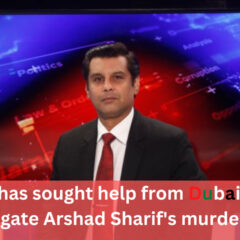