Centre had no other option, says Karnataka Congress chief on repeal of farm laws 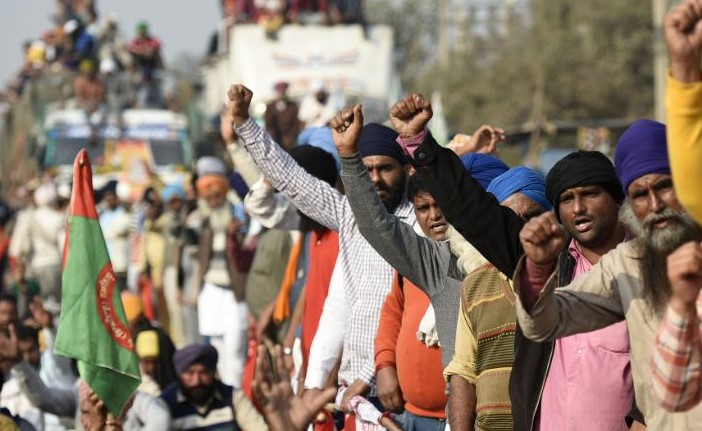 New Delhi [India]: Karnataka Congress president DK Shivakumar welcomed the Centre’s decision to repeal the farm laws and said that the Centre had no other option for safeguarding the interests of their party and the government.

KPCC president Shivakumar, who is in Delhi, termed the withdrawal of farm laws as a victory for farmers and the Congress party.
Speaking to ANI, Shivakumar said, “In my opinion, this is not a big decision. The Centre had no option left to save their party, their government. This decision was needed to safeguard the country’s interests.”

Shivkumar further added, “The decision earlier had been taken against the interest of the country and the farmers. Earlier, Congress leader Rahul Gandhi spoke on record that the Centre had no option left but to repeal these laws.”

The state Congress supremo further said that this agitation had been going on for almost a year. “Many people lost their lives. Lakhs of the people did not opt to work in the farm, agriculture activities, business, production, family and were just fighting for their right,” he said.

“Today is the victory of all the farmers. Now, I appeal to the Centre to compensate all those who lost their lives in this farmers’ movement,” the Congress leader said. The Congress leader further said that it is likely that the decision was taken in view of the upcoming assembly elections in 2022.

In a major move, Prime Minister Narendra Modi on Friday announced the repealing of the three Central farm laws.

Farmers have been protesting against the government’s three farm laws since they were passed by the Centre in 2020.

The three farm laws are as follows: The Farmers’ Produce Trade and Commerce (Promotion and Facilitation) Act provides for setting up a mechanism allowing the farmers to sell their farm produces outside the Agriculture Produce Market Committees (APMCs). Any licence-holder trader can buy the produce from the farmers at mutually agreed prices. This trade of farm produces will be free of mandi tax imposed by the state governments.

PrevPreviousJamie Dornan Opens Up About Losing The Superman Role
NextUS today is much more flexible partner than in past, says JaishankarNext

Home » Politics » Centre had no other option, says Karnataka Congress chief on repeal of farm laws
a
Menu