Pakistan emerged as an independent and democratic state on the world map in 1947.  But the democracy was not always in the power in Pakistan. Three times Pakistan faced Dictator presidents. The political structure of Pakistan is always in crisis due to internal and external interferences but from the last decade Pakistan is emerging as a democratic country and new political leaders are becoming popular, Imran Khan is the best example of it. His party won the 2018 general elections of Pakistan because he used to talk about young and enthusiastic leadership. But unfortunately, the present domestic and economic conditions of Pakistan don’t support Imran khan to hold the prime minister seat as the next PM of Pakistan. Currently, Bilawal Bhutto Zardari has the potential of becoming Pakistan’s Prime Minister in the 2023 General elections.

Bilawal Bhutto Zardari is the son of former President of Pakistan, Asif Ali Zardari and the first woman Prime Minister of Pakistan, Benazir Bhutto. He is the grandson of Pakistan’s most famous prime minister and founder of the Pakistan People’s Party (PPP) Zulfiqar Ali Bhutto. He became chairman of PPP at 19 years of age after the horrific demise of his mother and won the national assembly seat from Larkana with 84,426 votes in the 2018 general elections. That’s how his political career got momentum and he proved himself as the worthy candidate of the national assembly.

If you look, Bilawal Bhutto Zardari is currently the only active politician in the political arena who is beating the people across the country without fear and the people seem to be welcoming him, while on the other hand, government ministers and Imran Khan himself are not in a position to leave their homes or offices. It is a far cry to go to the people. This is a fact that the ruling party may not be acknowledging yet, but when they go to the polls for the next election, they will know how to ask for votes and people will definitely react. While every leader of PPP is not only going to the common people without fear and danger but is also addressing large gatherings and people are also participating in their meetings in droves. PPP is currently in the country. Politically, it seems to be quite dynamic, which suggests that its goal is to win the next election. In fact, Pakistan People’s Party (PPP) Chairman Bilawal Bhutto Zardari has even said that the time has come. “Yes, the next Prime Minister will be Jayala,” implying from the PPP. The message for all the provinces is that Bhutto’s slogans will resound.

The possibility of Bilawal Bhutto increased because of his political party’s teamwork and their rich political approach. The family tree and the legacy of his parents and grandparents provide him more strength in public and in general. Talking about his party’s teamwork there are no internal conflicts in PPP, and they all are on the same page. They all speak the same language and support their Chairman vision and decisions. Also, the way the PPP government in Sindh province controlled the spread of Covid was appreciated by World Health Organization (WHO). The policies they adopted such as early Lockdown in the Province, closure of Educational institutes immediately and not opening them until the situation got normal, their administration and party leadership didn’t panic during private school association protests unlike Punjab and other provincial governments. They closed the transportation intercity and interprovincial, no transport from other provinces was allowed to enter Sindh province due to the fact may or may not anyone be covid Positive.  These decisions were very hard for any political entity to ensure and impose but PPP did and these strategies were later on adopted by the Government of Pakistan. A government is all about good governance in hard times and the PPP Government showed the world that they could cope up with emergencies very well.

The other issue which strengthens Bilawal Bhutto’s position to be elected as the next PM of Pakistan is the Pandora Papers leak. The entire elite class consisting of almost 700 people which includes government officials, army officers, bureaucrats and wealthy business owners were named in the Pandora Paper’s leak. all political parties’ officials were found guilty of secretly holding offshore companies and assets of millions of dollars in hidden wealth. But Bilawal Bhutto and his family weren’t found guilty of holding an offshore company. Not Asif Ali Zardari his Father, Asifa and Bakhtawar Bhutto his Sisters. It helps people to choose because when you are not corrupt and you don’t have any hidden assets from the government and people, they put their faith in you.

At a time when the ruling party in the country has emerged as a party with zero performance in terms of its internal disturbances and promises made to the people and at home and abroad, Bilawal Bhutto is exposing the poor performance and poor management of the government and persuading people. As a result, the PPP is succeeding in maintaining the impression of the Political Party of the general people and their claim that the next Prime Minister will be Jayala (Bilawal Bhutto) seems to be true. At these times of economic decline, the same party will gain popularity among the people who will highlight the problems and purpose their best solutions.  Bilawal Bhutto has come out realizing this fact and is not only talking about the sufferings and problems of the people but is also standing with the people, providing them hope. He is also becoming active and politically popular in the Punjab Province by making successful political visits. Then how will the people disappoint him? It is a prelude to a general election victory. 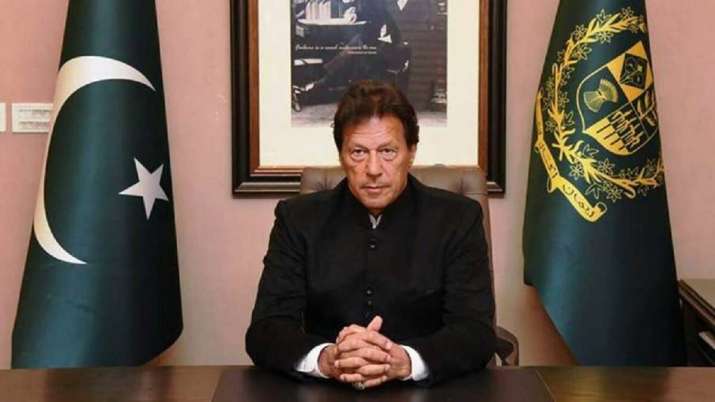