ARSENAL CRUMBLE AGAINST NEWCASTLE AS SPURS ALMOST IN THE UCL

At the end Mohamed Elneny, Ben White, Martin Ødegaard and Aaron Ramsdale all sank to their knees, while most of their teammates gazed vacantly with hands on hips. Mikel Arteta completed his formalities in short order before disappearing down the tunnel, knowing Arsenal’s Champions League prospects had almost certainly slipped away too. That old “Spursy” joke will be tested to the limit now: either of the north London teams could still make it but it would take a barely imaginable stumble for Tottenham to let fourth place go. 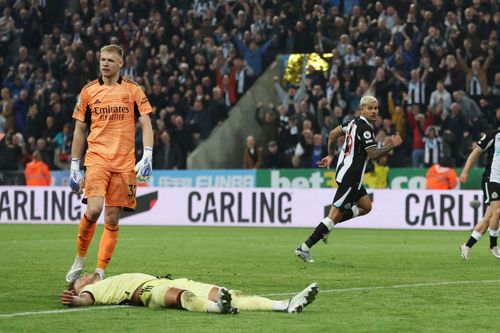 What a time this was for Arteta’s players to turn out arguably their worst performance of the season. If the manager had been tempted to raid the cupboard for complaints, as he was after they were swept aside in last Thursday’s derby, then he would have found it completely bare.

Arsenal simply did not turn up, wilting in another white-hot atmosphere against opponents who must wonder what 2022-23 will bring if they continue operating with this verve. St James’ Park pulsated throughout, bouncing to the tune of an entirely superior Newcastle team that could have scored several more.

The suggestion after a dominant but toothless first half from the hosts was that Newcastle had expended a bucketload of energy achieving relatively little. Allan Saint-Maximin, who roasted Takehiro Tomiyasu until the right-back was withdrawn through injury, had drawn a sharp save from Aaron Ramsdale but otherwise their ferocity in the challenge and crisp certainty of their passing had wrought few clear openings.

Perhaps Arsenal would gather themselves, take advantage of any lull in tempo and impose themselves during the second half. Bukayo Saka had attempted to enliven them with a couple of mildly threatening sorties but it was the thinnest of gruel. The warning signs that this would be a long night were evident from the opening moments. If Ramsdale and White are off beam then trouble generally follows. Ramsdale’s taste for brinkmanship almost got the better of him early on but, when Miguel Almirón charged down his attempt to pass out, the ball rolled away from goal; White, passed fit along with his defensive partner Gabriel Magalhaes, was booked for a tug on Callum Wilson and was uncharacteristically sloppy in possession. 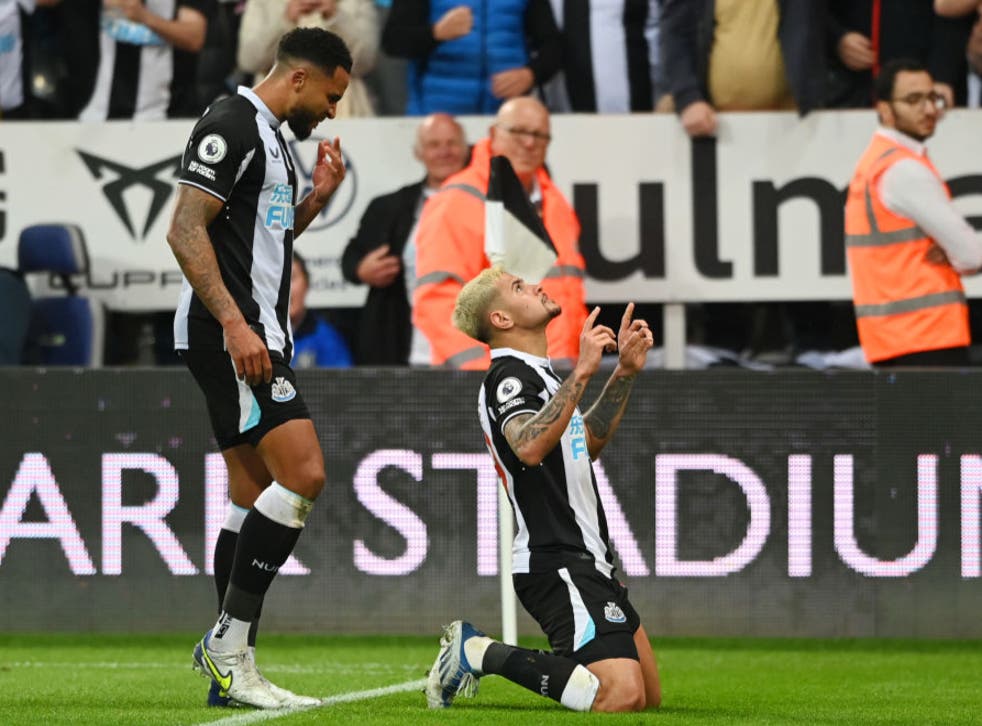 Ten minutes after the interval it was White who unwittingly steered things emphatically away from Arsenal. Arteta had just introduced Gabriel Martinelli in an effort to instil at least a modicum of urgency, but Newcastle surged forward yet again and Joelinton had acres of space to attack down the left. A delicious cross looked bound for Wilson and White could not be blamed for stretching every sinew to intervene; he could only succeed in sending the ball skidding past Ramsdale, though, and from there it was hard to see a way back.

Arteta flung on more attackers but Arsenal could have been picked off several times after that. Ramsdale denied the substitute Jacob Murphy twice and Wilson, starting for the first time since December after recovering from injury but leading the line brilliantly, was inches off target from long range. The visitors remained unable to fashion a serious opportunity, Ødegaard having one of those games where a formidable football brain cannot compensate for a deficit of aggression while Elneny and Granit Xhaka barely competed in midfield. While Xhaka was the spokesman afterwards for Arsenal’s flop, he could certainly not claim to have risen above the mean.

Newcastle finished the job when Ramsdale rushed out to thwart Wilson but could not gather and Bruno Guimarães knocked in the loose ball. Guimarães was the best player on the pitch by some way; he and Joelinton, also highly impressive, were the game’s heartbeat and fed off a din from the stands that rarely let up.

The excitement here was for Newcastle’s obvious forward momentum and the fact that other players of Guimarães’ quality will surely follow him here this summer. They will be celebrated locally, to the extent that consciences allow; at full-time the co-owner Amanda Staveley congratulated Eddie Howe’s players and, joined by the new Saudi director Majed Al Sorour, lapped up the end-of-season festivities on the pitch. The evening had been about Arsenal’s shot at the Champions League but few would seriously expect Newcastle not to have theirs soon.

Arteta must cling to the slim hope that, if his charges do the necessary against Everton, Tottenham somehow fall flat at relegated Norwich. “In football anything can happen,” he said, but Arsenal have spurned a glorious opportunity to keep control of their destiny.