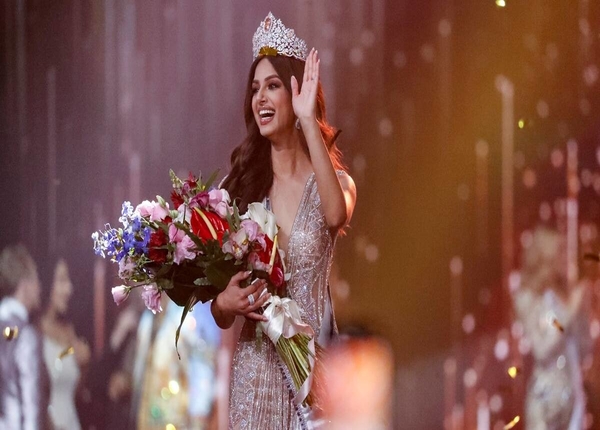 Harnaaz Sandhu has made the entire country proud by bringing home the Miss Universe 2021 crown.

The 21-year-old from Chandigarh won the international beauty pageant held in Eilat, Israel, by edging out Paraguay’s Nadia Ferreira and South Africa’s Lalela Mswane. The actor-model brought home the crown, two decades after Lara Dutta won the title in 2000.

Harnaaz has received her education from Chandigarh. She attended Shivalik Public School and the Post Graduate Government College for Girls, both in Chandigarh.

She will also star in upcoming Punjabi films ‘Yaara Diyan Poo Baran’ and ‘Bai Ji Kuttange’, which are slated to release in 2022.

The newly crowned Miss Universe is very close to her family.

As per her Miss Universe delegate profile, Harnaaz draws her inspiration from her mother Ruby Sandhu, who is a gynaecologist by profession.

Before the finale, Harnaaz took to her Instagram Story and posted a screenshot of a video call with members of her family.

She wrote, “My strength, my lifelines,” along with tagging “maa” Ruby Sandhu, “bhai” Harnoor Sandhu and “masi” Preet Boparai.

Further, her past time interests include “enjoying the company of friends, loves yoga, dancing, cooking, horse riding, and playing chess.”

India had earlier won the coveted crown twice with Sushmita Sen bagging the title in 1994 and Lara Dutta in 2000. Harnaaz has now joined the league of these incredible women.