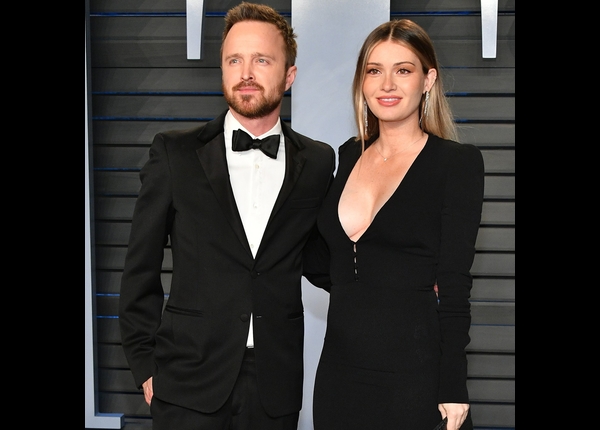 Actor Aaron Paul, widely known for ‘Breaking Bad’ and ‘Westworld’, is going to be a dad of two soon.

The 42-year-old actor and wife Lauren are expecting their second baby together. Lauren announced on Instagram recently. The couple is already parents to their 3-year-old daughter Story Annabelle. Lauren shared the exciting news alongside a photo of Story touching her mother’s baby bump. The soon-to-be mom of two can be seen looking down at her little girl with a smile as she reveals her stomach under a sweatshirt.

“We can’t wait to meet you baby! We love you so much already,” Lauren captioned the post.

As per People magazine, Paul has previously discussed his hopes of expanding his family, telling Haute Living last year that he “can’t wait to have another baby.”

The ‘Westworld’ actor, who wed Lauren in May 2013, also told the magazine that becoming a parent instantly shaped him in ways he never thought possible.

“Fatherhood has definitely changed me,” he said.

“Having a child is the closest thing to magic that anyone can have. I see why people rush home to be there when they get home from school. You don’t want to miss any of it,” he added.

“It’s easily the best chapter of my life. … I feel I’m in a good place,” he added at the time. “I can’t wait to have another baby, and I’m so excited to see what 40 has to offer. I’m just excited to be around, to be alive. I’m just happy to be here. Life is good.”

While attending the premiere of ‘El Camino: A Breaking Bad Movie’ in 2019, Paul also described fatherhood as a “wild” ride and the “greatest joy.”

“Becoming a father is the greatest gift that anyone could ever be given,” he told People magazine at the time.

“I had that kind of assumption beforehand, but no one truly knows until it happens,” he added.