By KSHVID NEWS DESK with Inputs from Agencies.

The UNHCR, the refugee body of the United Nations, had released a new Mid-year report for 2021 which says that a total of 84 million people have been displaced globally, including cross-border and internal displacements. This comes after its previous statement that 2020 created the highest number of refugees worldwide in history.

The UNHCR had previously stated that the number of forcibly displaced people worldwide was 82.4 million at the end of 2020. Similarly, the World Bank’s Groundswell report warned by 2050, 216 million people could become internally displaced (within their own countries) due to climate change.

In the official press release announcing the new report, UN High Commissioner for Refugees Filippo Grandi is quoted thus: “The international community is failing to prevent violence, persecution and human rights violations, which continue to drive people from their homes”.The report also says that “The number of active conflicts reached a record high in 2020, more than at any time since 1945, despite the COVID-19 pandemic and calls from the UN for a global ceasefire.

Refugees and asylum seekers are differentiated on the basis of recognition. When people flee their home countries to other countries due to fear of human rights violations and their adverse situations, they are considered refugees.

“Refugees have a right to international protection” states Amnesty International. There are various conventions and laws that systematize how countries should receive and treat refugees. Asylum seekers (or asylees) are those whose refugee status is pending with the host country. They are people who await a legal recognition for their claims to asylum. Seeking asylum is also considered as a human right.

The report states that the USA has the highest number of asylum-seekers at 72,900, followed by Germany (58,900), Mexico (51,700), the Democratic Republic of the Congo(46,200) and France (36,500).Migrant is a more ambiguous category without a fixed international legal definition. They are those people who have chosen to leave their home countries for any reason such as climate change, gang war, or economic opportunities. They are not fleeing persecutions directed specifically at them as individuals or groups but rather seek to move away from adverse conditions in their place of origin.

Developing Countries Host the Most Refugees – Consistent with the previous UNHRC report which covered the year 2020, the new mid-year report of 2021 says that up to 85% of those forcibly displaced are hosted by developing countries. The following cart from the report shows briefly the host and origin countries of the most refugees worldwide. 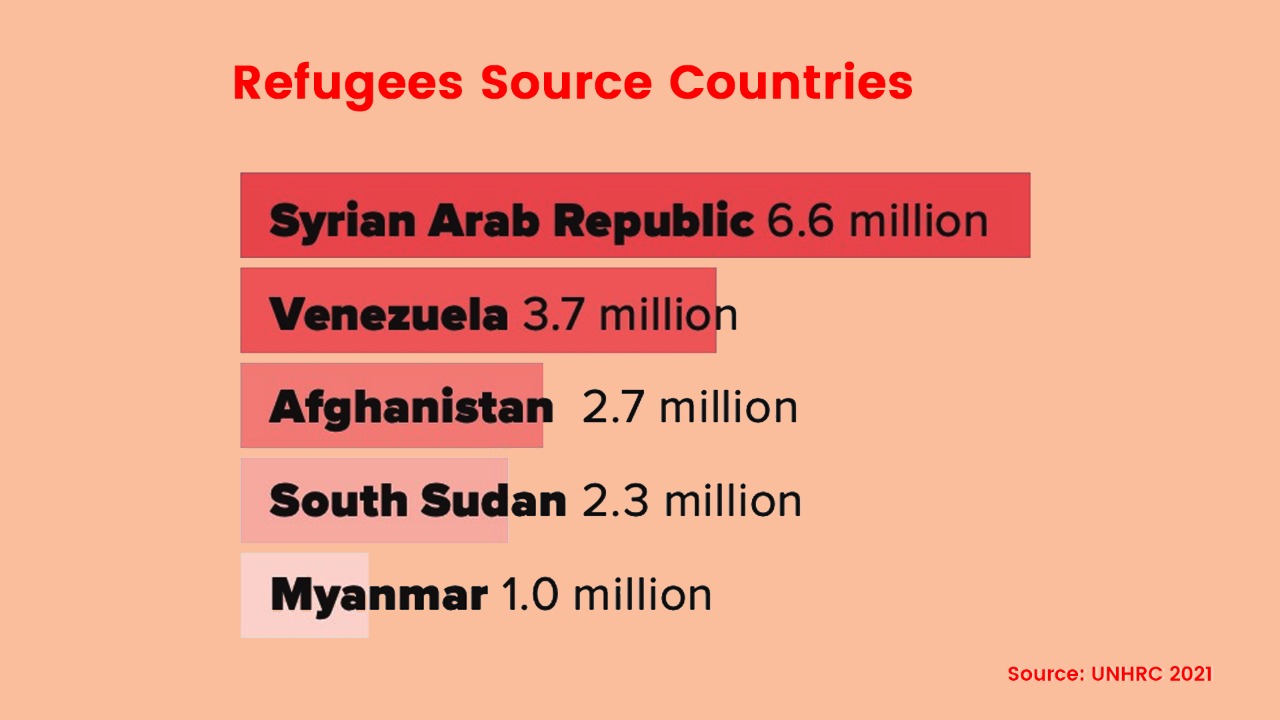 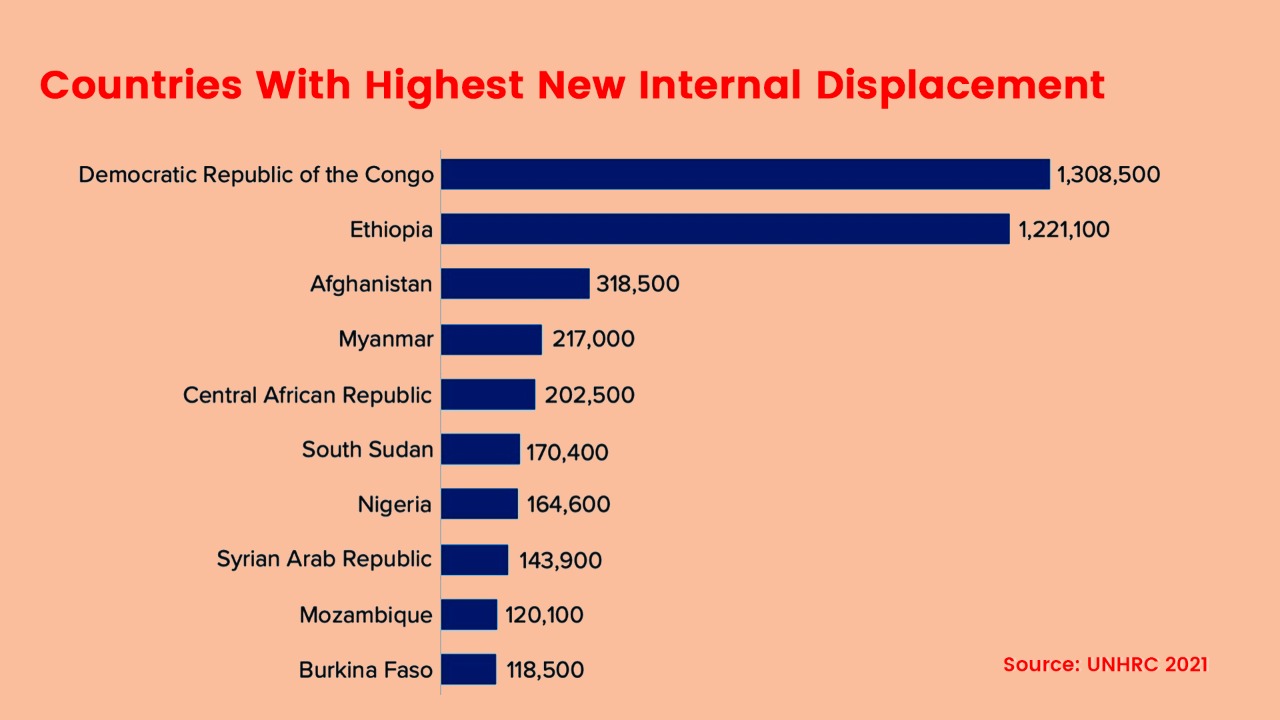 Do you Know About Meta’s New India Head, Sandhya Devanathan!