UK To Recognise Covaxin For Inbound Travel From November 22 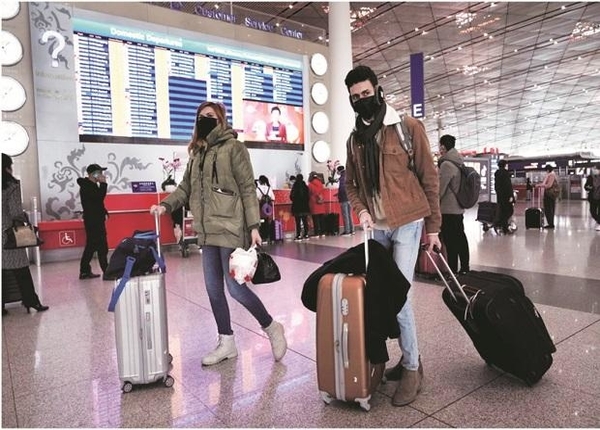 The UK will recognise India’s Covaxin jab as an approved Covid-19 vaccine for inbound travel from November 22, a move that is expected to benefit thousands of travellers from India.

Britain announced on Monday that it is adding Covaxin and China’s Sinovac and Sinopharm Beijing vaccines to its list of approved vaccines following their “emergency-use listing” by the World Health Organization (WHO). Around one billion doses of these three Covid-19 vaccines have been delivered worldwide.

The WHO issued an emergency-use listing for Covaxin, developed by Bharat Biotech, on November 3 and added the jab to a growing portfolio of vaccines validated by the health body for preventing Covid-19.

The listing followed an assessment of the quality, safety and efficacy of the vaccine and allows countries to expedite their own regulatory approval for the jab.

The UK also began recognising Covishield, the Indian version of the AstraZeneca vaccine, for inbound travel from October 4.

Britain also began accepting India’s vaccine certificates from October 11, ending a travel row that had resulted in UK nationals facing mandatory 10-day quarantine on arrival even if they were fully vaccinated.

Covishield and Covaxin are the two main vaccines being used for India’s immunisation programme.

In a statement issued on Monday night, the UK government said, “From 4am on Monday, November 22, the government will recognise vaccines on the World Health Organization’s Emergency-Use Listing (WHO EUL).”

The statement said, “As a result, Sinovac, Sinopharm Beijing and Covaxin will be added to our list of approved vaccines for inbound travel, benefitting more fully vaccinated people from countries such as the UAE, Malaysia and India.”

The UK said passengers who are fully vaccinated and have received their vaccine certificate from one of more than 135 approved countries and territories will no longer be required to take a pre-departure test, another test on the eighth day after their arrival, or self-isolate upon arrival.

“Instead, passengers will just need to pay for a lateral flow test to take before the end of their second day, post-arrival,” the statement said.

The UK also further simplified travel rules for all inbound travellers under 18 years, who will now be treated as fully vaccinated at the border and exempt from self-isolation requirements on arrival, day eight testing and pre-departure testing. “They will only be required to take one post-arrival test and a confirmatory free PCR test if they test positive,” the statement said.

Britain’s transport secretary Grant Shapps said, “As we continue to recover from the pandemic and expand our recognition of international vaccines, today’s (Monday’s) announcements mark the next step in our restart of international travel.”