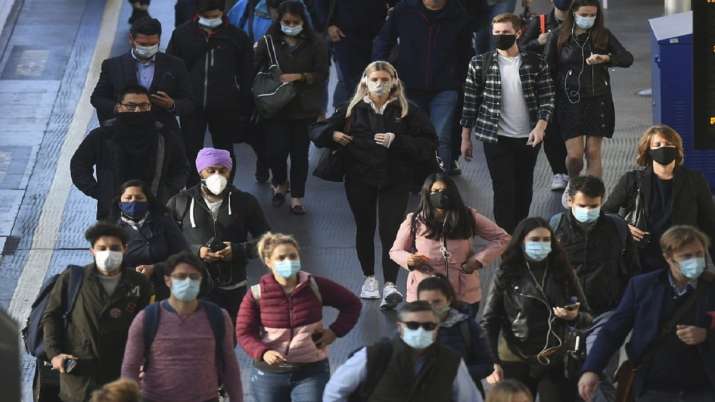 Britain has reported another 18,270 coronavirus cases in the latest 24-hour period, the highest since early February, according to official figures released on Saturday.

The total number of coronavirus cases in the country now stands at 4,717,811, the Xinhua news agency reported.

The country also recorded another 23 coronavirus-related deaths, bringing the national death toll to 128,089. These figures only include the deaths of people who died within 28 days of their first positive test.

The latest data were revealed as adults in England are able to get a Covid-19 vaccine without an appointment at hundreds of walk-in sites across the country this weekend.

In the “grab a jab” campaign, those aged 18 and over can turn up at the National Health Service (NHS) drop-in sites, including football stadiums, theaters, supermarket car parks and shopping centers, The Guardian newspaper reported.

The vaccine hubs are open to people having their first dose but can also provide second jabs for the over-40s who had their first at least eight weeks ago, or at least 12 weeks ago for the under-40s, according to the report.

British Prime Minister Boris Johnson has announced a four-week delay to the final step of England’s roadmap out of Covid-19 restrictions until July 19, amid a surge in cases of the Delta variant first identified in India.

Experts have warned that coronavirus may continue to evolve for years to come, and eventually it is likely current vaccines will fail to protect against transmission, infection, or even against disease caused by newer variants.