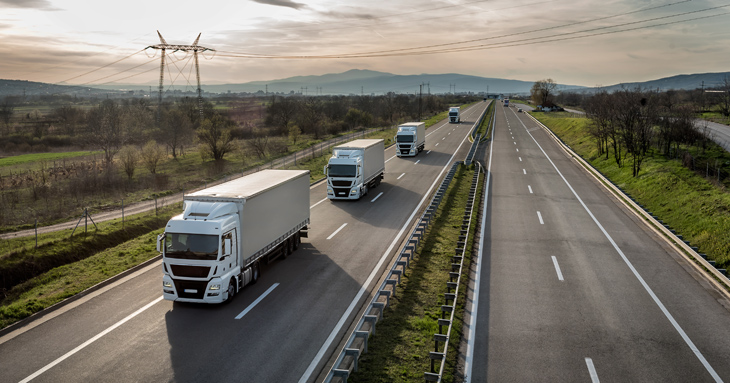 New Delhi [India]: All new heavy goods vehicles (HGV) in the UK will be zero-emission by 2040, the UK government has confirmed on November 10, the British High Commission (BHC) said in a statement.
This, combined with the UK’s 2030 phase out for petrol and diesel cars and vans, represents a world-leading pledge to end the sale of all polluting road vehicles within the next two decades. The UK will become the first country in the world to commit to phasing out new, non-zero emission heavy goods vehicles weighing 26 tonnes and under by 2035, with all new HGVs sold in the UK to be zero-emission by 2040, BHC said.
This comes as new research from Bloomberg New Energy Finance, commissioned by the UK COP Presidency and published today, shows the progress made in the passenger vehicle market, which includes 31 per cent of the global passenger vehicle market is now covered by vehicle manufacturer commitments to end sales of fossil-fuel-powered vehicles, up from a near-zero share of the market at the start of 2021.
The research also shows global sales of zero-emission vehicles (ZEVs) have grown dramatically since 2019 from 2.1 million to 5.3 million. “ZEVs are forecast to be 70% of all new car sales in 2040, with this projection having doubled in the last 5 years and 19 per cent of 2020 passenger vehicles sales were in countries that now have an internal combustion engine (ICE) phase-out date, up from 5 per cent in 2019.”
The British High Commission said that a group of ministers and industry leaders committed to working towards 100 per cent zero-emission new car and van sales by 2040 or earlier at Transport Day at COP26.
Twenty four countries, six major vehicle manufacturers (GM, Ford, Mercedes, BYD, Volvo, JLR), 39 cities, states and regions, 28 fleets and 13 investors all jointly set out their determination for all new car and van sales to be zero-emission by 2040 globally and 2035 in leading markets, BHC statement said.
“Also announced today, a number of emerging markets and developing economies have committed to work to accelerate the adoption of zero-emission vehicles in their markets, including India, Ghana, Kenya, Paraguay, Rwanda and Turkey,” it added.
According to the British High Commission, the UK government is also unveiling a new design for electric vehicle chargepoints, which could become as iconic as the Great British post box, London bus or black cab. “Showcased in the UK Pavilion at COP26 and designed together with the Royal College of Art and PA Consulting, the concept prioritises inclusivity and ease of use, designed with consumers, local government, accessibility groups and industry,” the statement said.
As one of the new Glasgow Breakthroughs launched by the UK Prime Minister at the World Leaders Summit, 30 countries have agreed to work together to make zero-emission vehicles the new normal by making them accessible, affordable, and sustainable in all regions by 2030 or sooner, the statement said.
This goal is guiding the Zero Emission Vehicle Transition Council (ZEVTC), which will today meet with distinguished representatives, including experts on the transition in emerging markets and developing economies, to discuss how international collaboration can support a global transition.
The council will launch its first annual action plan, which sets out areas for sustained international cooperation to accelerate the transition during 2022. Also announced today, the US will join the UK as co-chair of the ZEVTC, reflecting the council’s growing ambition over the coming years.
Several initiatives are being launched today to help ensure a global and equitable transition to ZEVs and support the acceleration of transport decarbonisation. This includes the World Bank’s Global Facility to Decarbonise Transport – a multi-donor trust fund that will mobilise US$200 million over the next 10 years to support the decarbonisation of road transport in emerging markets and developing economies in the Global South.
“Today, the UK announced a £4 million initial contribution to the fund, which will support these countries to accelerate the decarbonisation of transport and build greener and more resilient economies,” BHC said.
UK Transport Secretary Grant Shapps said: “From our roads to the skies, the transition to zero-emission transport has reached a tipping point. We know that transport plays a key role saving the planet from warming above 1.5°C, which is why this is the COP that will kick start our ambition for zero-emission aviation and why I’m proud to be uniting world leaders to tackle climate change – creating new opportunities for clean growth, green jobs and improved air quality right across the globe.
“To support the transition to EVs, it’s integral that we have the infrastructure to support it. My vision is for the UK to have one of the best EV infrastructure networks in the world, with excellent British design at its heart.”
Eighteen states from across the world, representing over 40 per cent of global aviation emissions, have also today committed to work together to achieve an ambitious new aviation decarbonisation target through the International Civil Aviation Organization, as part of a new International Aviation Climate Ambition Coalition.
Together with the World Economic Forum and other governments, the UK is also leading efforts to accelerate the global uptake of sustainable aviation fuels, the BHC statement added.