THE BATMAN REVIEW-: A DECENT REBOOT

The Batman is a technically well made, brilliantly shot, well acted, perhaps a bit too long, but a solid new reboot that could set us off on a new and unique Batman journey that perhaps this legacy character needs.

Matt Reeves brings us his take on the Batman, Gotham’s dark knight in his second year of being the caped crusader takes on the serial killer Riddler, while also dealing with his own inner demons and startling new revelations about his own legacy, Bruce Wayne goes on an investigative journey meeting friends and foes alike.

The run time is a strength and an issue, allowing the scenes and shots to properly flow and allowing us to have an immersive experience in the new world of Gotham. Which looks darker and more depressing than ever. At the same time the film is ponderous and could do with a little ‘Move the hell on!’. They could have used it to give us a little more backstory for Batman or explain things better. 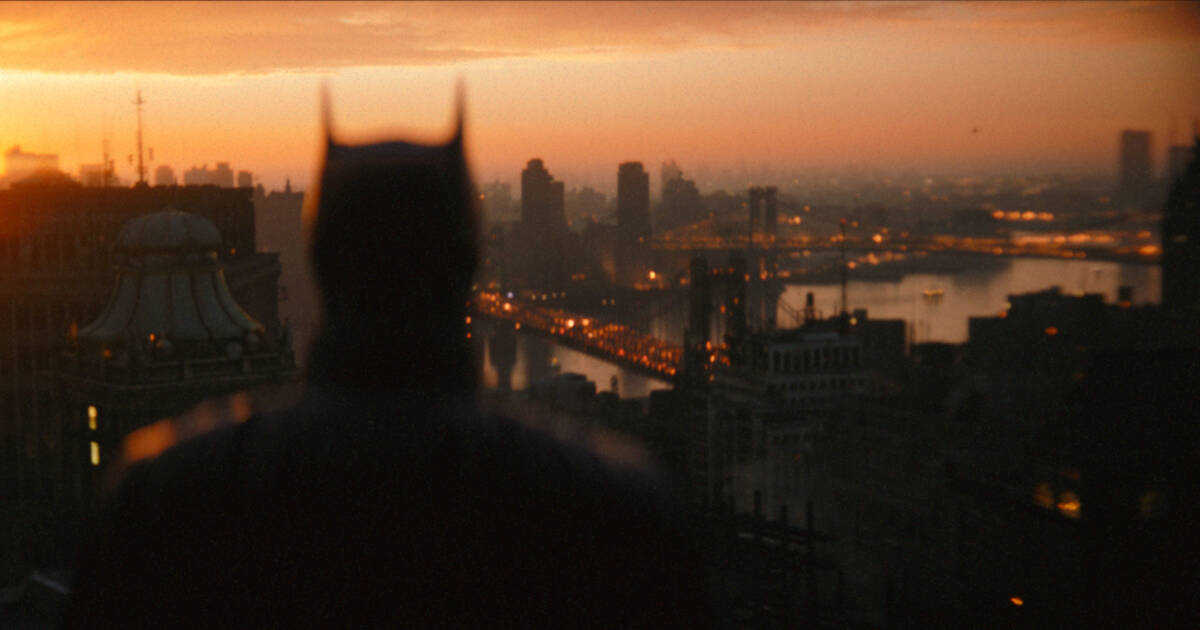 Pattinson brings a more emotional and depressed Bruce/Batman to the screen struggling with issues of the past and present and battling to secure a better future for both, himself and Gotham. The latter proving to be an improbable task, with crime on an irregular high and his presence having little effect. ”This cess pool we call a city!” Riddler’s words have a strong resonance with us and Bruce.

His performance is pretty spot on but for some reason he is being told to display a pretty one note depressing Bruce from beginning till the end with indications of him becoming more layered for the next one. Bruce is supposed to have three personalities, one to show to the world, one as himself , one as the Batman. Matt Reeves gives us an emo Bruce all throughout which wears your interest off with it’s three hours of screen time.

Perhaps the point is that he will now become the Bruce we know but boy it sure takes a long time. Just like Daniel Craig’s Bond, Pattinson’s Bruce is a sulk with no fun allowed at all. Serious and sad always! Elevated by Pattinson himself rather than the writing for the character. Zoe Kravitz is good enough as Selina Kyle and gets some layered writing for her character. Jeffrey Wright as Gordon is brilliant and works ever so well with Pattinson. Colin Farrell as Penguin, Andy Serkis as Alfred and John Turturro as Falcone round up the impressive cast.

The other major player who kicks things in motion is the Riddler with an excellent turn by Paul Dano, chewing out each scene he is in either with his voice or by his menacing presence. He sure feels creepy with his sadistic Riddles giving everyone a run for their money. He brings terror and camp to his version of the Riddler, unpredictable and scary Dano just might be the underrated show stealer for this one. 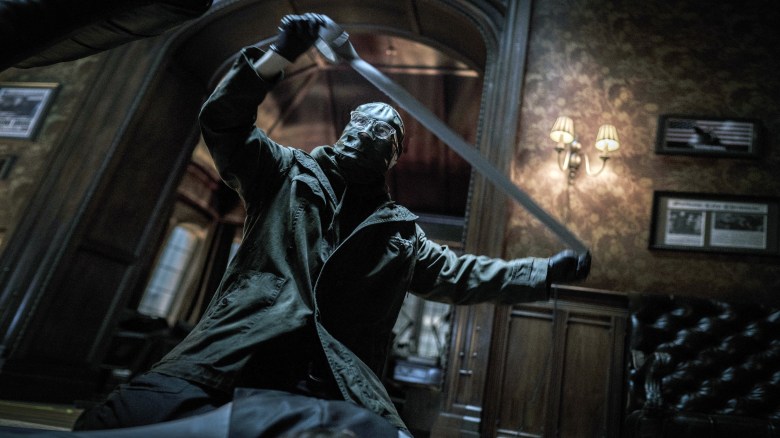 Michael Giacchino’s score is phenomenal and the legacy of great Batman music continues. As is Greig Fraser’s cinematography, perfectly capturing the dark alleys and crime ridden world of the city which elevates Gotham to a character of itself to some extent.

The script, the general story isn’t all that intriguing at least not as the presentation, which is a bit of a let down as you feel emotionally distant from our new emo Bruce/Batman as a result the emotional end and his change feels less personal and the long run time struggles to justify itself. The third act falls flat after all the buildup it feels that the stakes are quite low and has an anti-climactic feel to everything that enrolls as everything gets quite easily resolved without much inconvenience.

The film feels more like a pre cursor, an introduction to this new world, with more to happen and to come later, on its own it still manages to justify its existence and despite its flaws the film is pretty focused on its characters and their relationships and has enough fuel to run along to the finish line and provide a good enough conclusion to round it all up.

Overall The Batman isn’t the best thing to happen to the character but a new reboot that is certainly worth a watch.