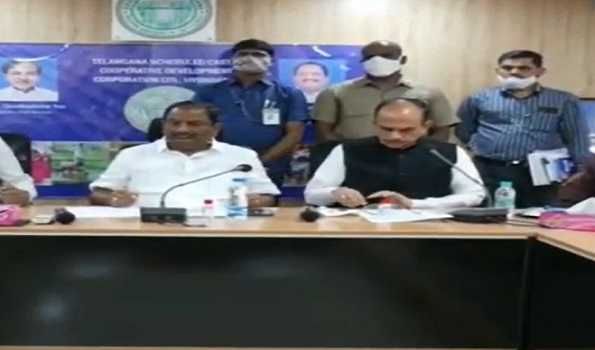 Addressing the meeting, the Ministers said that Muharram ceremonies were not allowed last year due to the Corona epidemic. Events were arranged in a limited way. In particular, elephant processions and arrangements were not arranged.

However, no restrictions have been imposed this year, so Muharram will be held this year as per tradition, an official release here said.

The Ministers assured the representatives of Shia organizations that arrangements would be made by the Telangana government during all Muharram ceremonies.

Adviser to the Government AK Khan reviewed the preparations of the departments of Police, Health and Medicine, Fire Services, Water, Electricity, Municipalities and others.

Officials from Shiite organisations have called for a significant increase in Muharram funds to make arrangements easier.

The Minister for Minority Welfare asked to increase the budget of Muharram to Rs 50 lakhs, on which Waqf Board Chairman Muhammad Saleem announced a budget of Rs 50 lakhs.