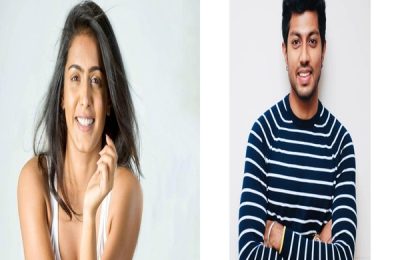 Kirik party actor, Samyuktha Hegde, who made her digital debut with the Hindi web series Puunch Beat, will be teaming up with Nanda Kishore in the upcoming film ‘Raana’. She will be appearing in a special song along with the lead hero, Shreyas Manju. Chandan Shetty has written the lyrics for the song, which is billed as a peppy number. Shivu of KGF fame will be choreographing this dance number. The makers will resume the shoot once the  Bengaluru rains recede.  The song is shot in a grand set up in Kanteerava studio. Raana, presented by K Manju and produced by Gujjal Purushotham, has Reeshma Nanaiah playing the heroine. The latter made her debut with director Prem’s Ek Love Ya, which will hit theatres on January 21.