London [UK] (ANI/Sputnik): The United Kingdom will abolish mandatory COVID-19 tests for all fully vaccinated travelers returning to the country by the end of January, the Times reported on Sunday, citing a source close to UK Transport Secretary Grant Shapps.“We are looking at removing all COVID tests for vaccinated travelers by the end of January, which is likely to coincide with the review of the plan B measures on January 26,” the source said, as quoted by the media. According to the newspaper, this move will help UK families to save hundreds of pounds and will give impetus to the recovery of the tourism industry.In addition to the abolition of PCR tests for fully vaccinated people, the minister intends to remove other restrictions, in particular the mandatory wearing of face masks in shops and public transport.The UK faced a surge in COVID-19 cases ahead… 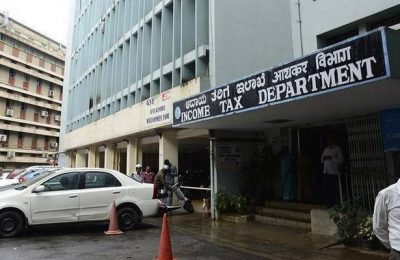 New Delhi [India]: This year around 60 lakh more people have filed Income Tax Returns (ITR) when compared with the last year and the government has no proposal to extend the due date, Revenue Secretary Tarun Bajaj said on Friday.“There is absolutely no proposal to extend the date,” Bajaj told reporters. The due date for Income Tax Returns for the financial year 2020-21 ends on December 31, 2021. “Income tax return filing is going on smoothly. By 3 pm today, 5.62 crore returns have been filed in total. Today, more than 20 lakh returns were filed,” he said.He said last year 4.93 crore Income Tax returns were filed by December 31, 2020. Kathua (Jammu and Kashmir) [India]: A Kathua resident who had spent 29 years in a Pakistani jail received a rousing welcome on his return to his hometown and family in Jammu and Kashmir.Kuldeep Singh, a resident of the far-flung village Makwal of Billawar of Kathua district reunited with his family after 29 years of imprisonment in Pakistan’s Kot Lakhpat jail. Upon his return home on Friday night, he was warmly welcomed by his family members, friends, relatives and villagers who distributed sweets.Singh who had accidentally crossed the International border to Pakistan in December 1992 was arrested by the Pakistan Army.He faced four trials of spy cases in Pakistan court and was convicted to rigorous imprisonment of 25 years.After regular correspondence and a legal fight by the Indian High Commission, Singh was released from jail and returned to India on December 20 via the Wagah… Minsk [Belarus]: Roughly 1,000 Iraqi refugees in Belarus have expressed their readiness to return home, and a group of refugees returned to Iraq by plane from Minsk airport on Wednesday, reported Belarusian media.The Iraqi side received requests from about 1,000 people wishing to return to Iraq, Majid al-Kinani, the Iraqi consul in Russia and Belarus, was quoted as saying. Thousands of refugees, mostly from the Middle East, are attempting to enter Poland, Lithuania and other European Union countries from Belarus in order to eventually obtain asylum in Western Europe. Countries like Poland have tightened border controls and prevented illegal entry, leaving large numbers of immigrants stuck at the border. 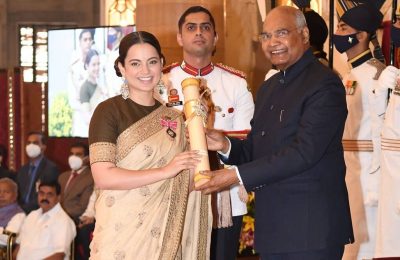 In a social media post on Saturday, Bollywood actor Kangana Ranaut said that she will return her Padma Shri award if anyone can prove that she has disrespected martyrs and freedom fighters. The actor received criticism for her comments on Thursday when she said that India attained freedom in 2014 when the Modi-led government came to power and described the country’s Independence in 1947 as “bheek”, or alms. Taking to her Instagram handle on Saturday, the actor first posted quotations from a book and wrote, “Just to set the records straight…I am not the only one to call congress beggar.” In the next IG Story, she added, “Everything is very clearly mentioned in the same interview 1857 first collective fight for freedom… along with sacrifice of greats like Subhash Chandra Bose, Rani Laxmibai and Veer Savarkar ji. 1857 I know but which war took… Melbourne [Australia] : Victoria coach Chris Rogers on Thursday said Australia opening batter Will Pucovski is “pretty positive” about his return on the field following his latest concussion.Last week, Pucovski received a knock to his head and is recovering from concussion symptoms. The 23-year-old has suffered from nine concussions and was currently managing his recovery in consultation with Cricket Victoria’s medical staff. Rogers remained optimistic about Pucovski’s recovery and the batter is doing “alright”.“He sees specialists so they’ll be talking to him about that and obviously, that’s got to play a role at some stage but at the moment, he’s still keen to continue on,” ESPNcricinfo quoted Rogers as saying.“He’s been through this before, he knows what it’s like. He’s a pretty resilient guy now. If you go through this many setbacks you’ve got to have something about you. He’s going alright. Yesterday when… 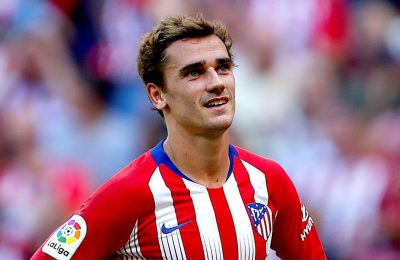 Madrid [Spain]: Antoine Griezmann has made a shock return to Atletico de Madrid after Rojiblancos and FC Barcelona reached an agreement on Wednesday over a one-year loan with an option to extend for a further year, renewable by either party.The Frenchman first joined Atleti ahead of the 2014/15 season and made his debut on August 10, 2014 during the Spanish Super Cup, which the club won. The Frenchman’s first goal came just over a month later, in a Champions League clash against Olympiakos. Griezmann is Atletico’s club’s all-time fifth top scorer with 133 goals in 257 matches. He also provided 50 assists. During his 257 Atleti matches, Griezmann won one Spanish Super Cup, one Europa League and one UEFA Super Cup. He also came in third in the 2018 Ballon d’Or – the same year he won the World Cup with France.Antoine Griezmann came… 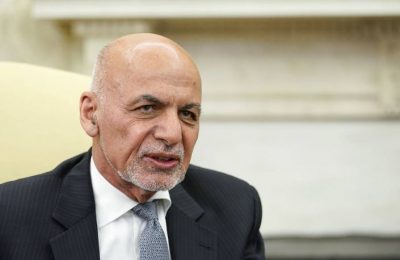 Abu Dhabi [UAE]: Afghan President Ashraf Ghani, who has taken refuge in the UAE, said that he is in talks to return to Afghanistan and denied the allegation that he left Kabul with suitcases full of cash, a media report said.Ghani, who left Kabul on Sunday as the Taliban entered Kabul, said that he is in talks to return to Afghanistan, a media report said. He also said the allegations that he escaped with suitcases of cash were “completely baseless”, saying it was all “political and personality assassination”, Al Jazeera reported.On Monday, Russian Embassy in Kabul said that Ghani left Kabul with four cars and a helicopter stuffed with cash.“As for the collapse of the regime, it is most eloquently characterised by the way Ghani fled from Afghanistan: four cars were full of money, they tried to put part of the money into a… 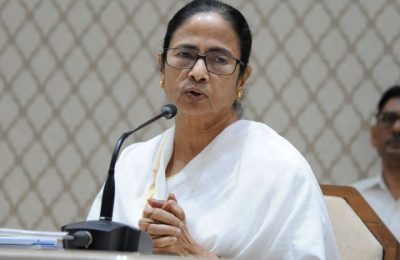 Kolkata (West Bengal) [India]: Chief Minister Mamata Banerjee on Wednesday said that over 200 people from West Bengal are stranded in Afghanistan and the Centre must immediately make arrangements for their safe return. Briefing mediapersons at Nabanna, the chief minister said, “More than 200 people from Darjeeling, Terai and Kalimpong are stranded in Afghanistan. Our Chief Secretary has written to External Affairs Ministry in this regard. The government must immediately make arrangements for their safe return to the country.”Asked about her stance on the Afghanistan crisis and the Government of India’s immigration policy, Banerjee said, “It is a sensitive matter. It is the domain of the External Affairs Ministry. There are several aspects in the matter like Taliban, America, China and Russia. Let the Government of India react.” The Trinamool Congress (TMC) supremo further slammed Bharatiya Janata Party-led government in Tripura for alleged anarchy…