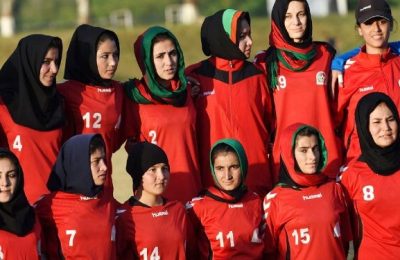 London [UK]: The 35 women Afghan footballers who escaped Afghanistan after the Taliban takeover, landed in Stansted Airport of London on Thursday.A total of 130 people along with the families of footballers boarded the flight funded by American celebrity, TV media personality, socialist, and businesswoman Kim Kardashian, reported Khaama Press. The Afghan female footballers had escaped Afghanistan after the Taliban takeover. The Taliban have restricted football for girls in Afghanistan saying that the sport is neither appropriate nor necessary.All the Afghan evacuees will be spending a 10-day quarantine before starting new lives in the UK, reported Khaama Press.Before going to the UK, all the young girls were waiting in Pakistan for any humanitarian flight to take them out.Earlier, another team of Afghan male and female footballers along with their families was evacuated to Qatar.