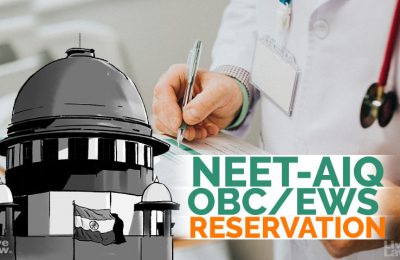 New Delhi [India] : The Centre on Thursday told the Supreme Court that it has taken a considered decision to revisit the limit of rupees eight lakh annual income fixed for determining the Economically Weaker Sections (EWS) category for reservation in NEET admissions for Post-Graduate medical courses. A bench of Justices DY Chandrachud, Surya Kant, and Vikram Nath was informed by Solicitor General Tushar Mehta that a committee will be constituted to determine the criteria for EWS and it would take four weeks. Mehta said that the NEET (PG) counseling would stand postponed for a further four weeks as per assurance earlier given to the court.