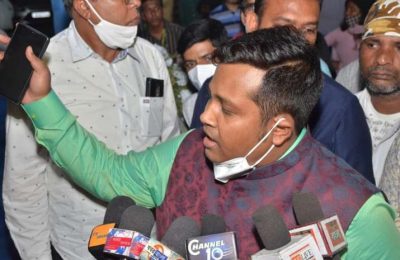 Kolkata Police has arrested another associate of Debanjan Deb, who was apprehended for allegedly masterminding fake vaccination camps in the metropolis, officials said on Saturday. So far, nine people have been held in connection with the case, they said. The man was arrested near the Central Metro Station in B B Ganguly Street late on Friday. “The accused is a resident of Tangra and had played a key role in organising a vaccination camp at City College,” a senior police officer said. Deb (28) was arrested last week for masquerading as a joint commissioner of the Kolkata Municipal Corporation and organising dubious immunisation camps in the city, where people were adminisitered fake vaccines, including TMC MP Mimi Chakraborty. Six of his associates have already been apprehended. Among other sections of the IPC, police have charged Deb and his aides with attempt to murder.