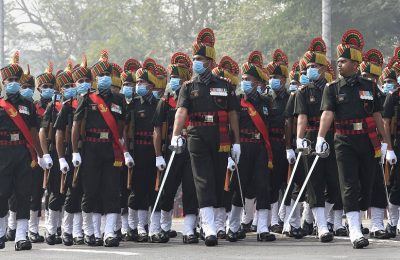 Kolkata (West Bengal) [India] (ANI): Subhash Chandra Bose’s family on Saturday welcomed the Central Government’s decision to start the Republic Day celebrations every year from January 23 instead of January 24 to include the birth anniversary of freedom fighter Netaji Subhas Chandra Bose.Chandra Kumar Bose, Netaji’s kin while speaking to ANI, also demanded a Netaji Subhash Chandra Bose, INA (Indian National Army) and Azad Hind Force tableau for the Republic Day ceremony. “To honour Bose one has to understand his ideology”, said Chandra Kumar Bose. He said that he has also written to the Central government on celebrating the 125th birth anniversary of Netaji as it coincides with the 75th year of India’s independence. “A befitting tribute can be given to both the celebrations if only we imbibe Bose’s ideology across the nation to save the country from further disintegration.”According to Chandra Bose, Netaji… Islamabad [Pakistan]: Pakistan is celebrating the 146th birth anniversary of Mohammad Ali Jinnah, the founder of Pakistan on Saturday.The national flag will be hoisted at top of all public and private buildings on the occasion, ARY News reported. It further reported that the day will dawn with the recitation of the Holy Quran at the mausoleum of Quaid-e-Azam in Karachi. A graceful change of guards ceremony will be held at the mausoleum in the morning.A number of events, including seminars, debates and exhibitions, will be held both at official and civil society levels to highlight life, achievements and different aspects of the personality of the Quaid-e-Azam, ARY News reported. New Delhi [India] : After Prime Minister Narendra Modi’s announcement repealing three farm laws, farmers burst into celebration and distributed ‘Jalebis’ at the protest site on Gazipur (UP-Delhi) border on Friday.“I thank Prime Minister Modi for taking this decision. People were saying that it will be the government’s defeat if they take back the farm laws, I always used to say that the government is a very big institution and repealing the farm laws is not their defeat. Since it is the government of farmers how can this be their defeat,” said one of the protesters present at the Gazipur site. “I welcome the decision of the Central government. I just wish that they would have done this a bit early,” said another.“This victory is dedicated to those farmers who lost their lives during this protest. I thank everyone who supported us and helped… 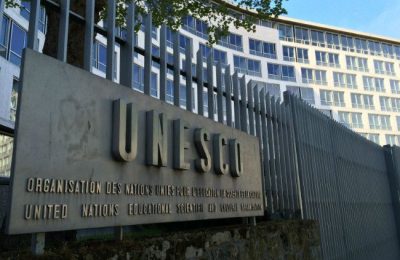 Paris [France]: World leaders, social activists, and artists marked the 75th anniversary of the United Nations Educational, Scientific and Cultural Organization (UNESCO) at a special ceremony in UNESCO headquarters in Paris, France, on Friday.Addressing the event, UN Secretary-General Antonio Guterres said over the past 75 years, UNESCO has played a crucial role in connecting different cultures and nations, protecting the world, and promoting ambitious scientific innovations. These achievements are especially valuable when the world is facing a challenging era, he added. Aside from world leaders’ congratulatory speeches, the ceremony featured performances from artists from around the world, including Arab and Balkan countries and India.On Friday night, the Eiffel tower displayed the words “75 years” alongside the UNESCO logo for over three hours in celebration of the agency’s anniversary. 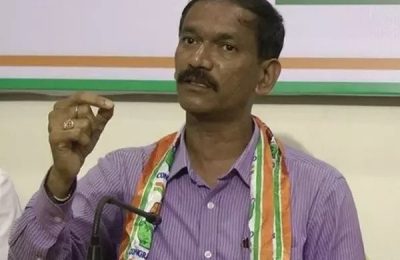 Panaji (Goa) [India]: Goa Pradesh Congress Committee (GPCC) President Girish Chodankar on Monday said that the Bharatiya Janata Party (BJP), which has been “butchering democracy on daily basis”, has no right to “Celebrate Democracy” through the initiatives like Women’s Parliament.Addressing a press conference at Congress House in Panaji, Chodankar said, “BJP which is killing democracy and democratic institutions on daily basis, has no right to celebrate democracy. This exposes the doublespeak of the BJP.” Referring to the Women’s Parliament, Chodankar said that the Leader of Opposition was not given due respect in the event. “He should have been prominently involved in the event being Leader of Opposition but the entire event was hijacked by BJP to please their workers at taxpayers’ money, he said.His remarks came after the BJP-led Goa government began celebrating its 60th year of liberation on Monday. The state government celebrated… 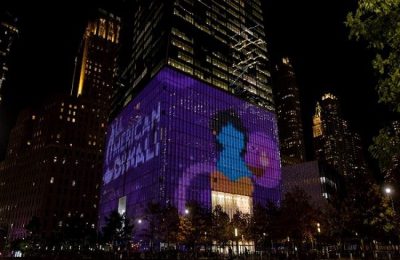 New York [US]: For the first time ever, a Diwali-themed animation has been adorned upon the One World Trade Center, a symbol of New York City’s eternal goodness.The animation went live on November 2 at 6 pm (local time) and continued until Nov 4th. Dubbed the All-American Diwali experience, it also included a spectacular fireworks display that was viewed by audiences on both sides of the Hudson!“We are excited to create and curate the colourful imagery of Diwali on the WTC podium to bring the messages of peace, harmony, and unity,” said Mark Domino of the Durst Organization.“There is no better symbol of the triumph of resiliency than the World Trade Center and we are very fortunate to work with The Durst Organization to bring this message to all,” said Rahul Walia, Founding Trustee of South Asian Engagement Foundation.Organized by New Jersey-based non-profit South… 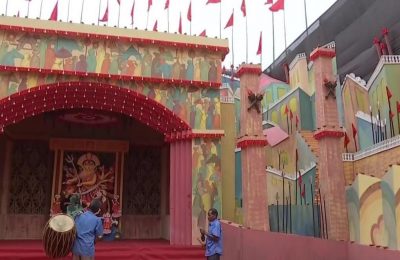 South 24 Paraganas (West Bengal) : The biggest celebration of the most auspicious occasion has begun in West Bengal “DURGA PUJA”. Eye-catching huge and beautifully decorated pandals with mesmerizing sculpture of Goddess Durga can be seen during puja. Behala’s Barisha Sarbojanin Durgotsab Committee has designed a Durga puja pandal on the theme of Rajshahi’s (now in Bangladesh) Durga puja.“We’re working on India’s oldest Durga puja theme that happened 415 years ago in Rajshahi which is now in Bangladesh. We’re doing this on the basis of research,” says Tanmoy Chatterjee, member of Barisha Sarbojanin Durgotsab Committee. In the year 1606, in Rajshahi (currently this place is in Bangladesh), King Kansa Narayan organized Durga Puja.The idol displayed by the Behala’s Barisha Sarbojanin Durgotsab Committee has been crafted by renowned artist Subrata Gangopadhyay. Srinagar (Jammu and Kashmir) [India]: Ahead of 75th Independence Day, a full dress rehearsal was held at Sher-e-Kashmir Stadium in Srinagar on Friday.“I pay my respects to all the sacrifices made by armed forces and police for the country,” said PK Pole Divisional Commissioner of Kashmir. “My message for the people is that we are going to celebrate 75th independence day this coming Sunday and ‘Azadi ka Amrut Mahotsav’,” the Divisional Commissioner added.“Many freedom fighters of our nation have been martyred while they were fighting for our freedom, be it Netaji Subash Chandra Bose or Mahatma Gandhi, the list is big but this day holds a lot of importance to our county,” he further said.“I also appeal to the youth of the state to join the forces, it will lead you towards a bright future while you are severe for the nation,” he added.Earlier… Kajal Aggarwal has shared priceless pictures from her first Hariyali Teej celebration with her family. Dressed in a delightful green dress, the actress flaunted a dot of henna on her hand. She accessorized her OTTD with a stunning choker, stylish earrings and used a glorious red rose for maang tikka. In a series of pictures, Kajal Aggarwal’s mother was seen decking her for the special celebration and she even posed with several of her relatives too. View this post on Instagram A post shared by Kajal A Kitchlu (@kajalaggarwalofficial) This month Kajal Aggarwal will complete a year of her wedding with longtime love Gautam Kitchlu. The couple had tied the knot on August 30 at a five star hotel in Mumbai, their low key celebration was attended by close family and friends due to the pandemic restrictions. Soon after their wedding, Kajal and Gautam moved into a plush new address in… 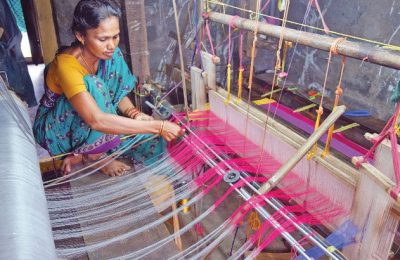 New Delhi [India]: The Ministry of Textiles will celebrate 7th National Handloom Day on Saturday. On this day, the handloom weaving community is honoured and the contribution of this sector to the socio-economic development of this country is highlighted.The resolve to protect our handloom heritage and to empower the handloom weavers and workers with greater opportunities is reaffirmed, informed the official release by the Union Ministry. This year, the Ministry of Textiles will organize a function to celebrate the Day at Convention Centre, The Ashok, Chanakyapuri, New Delhi. The event will be presided over by the Union Minister of Textiles, Commerce and Industry, Consumer Affairs and Food and Public Distribution Piyush Goyal and Minister of State for Textiles and Railways Darshana Jardosh will be Guest of Honour. Secretary Textiles, UP Singh will also participate in the event.In the 75th year of independence, Prime Minister…