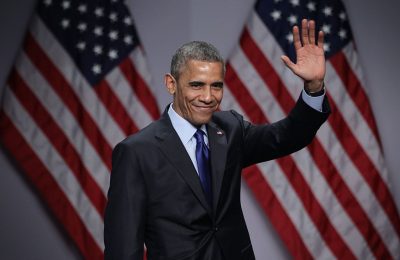 Washington [US]: Former US President Barack Obama has been nominated for the Grammy award for his audio book “A promised Land in the category Best Spoken Word Album, the Recording Academy said in a statement on Tuesday.“Best Spoken Word Album Includes Poetry, Audio Books & Storytelling: Aftermath, LeVar Burton, Carry On: Reflections For A New Generation From John Lewis, Don Cheadle, Catching Dreams: Live At Fort Knox Chicago, J. Ivy, 8:46, Dave Chappelle & Amir Sulaiman, A Promised Land, Barack Obama,” the statement said. This is Obama’s third attempt to get the award after being previously nominated in the same category in 2006 and 2008.Published in November 2020, “A Promised Land” is the first of a planned two-volume memoir book that presents the time of Obama in office and describes his early years up through the assassination of Osama Bin Laden in 2011.