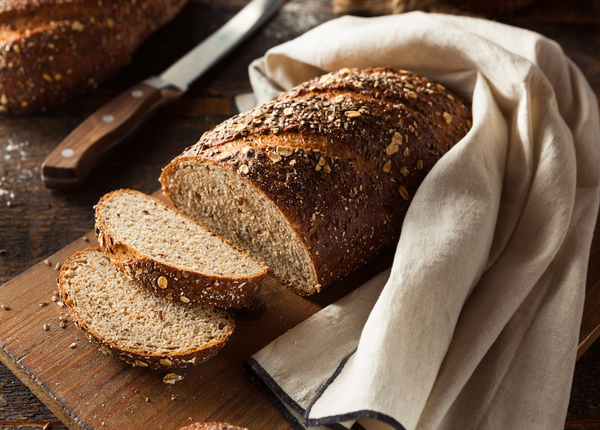 The study has been published in the ‘Clinical Nutrition Journal’. It is the largest study yet designed to evaluate the effects of particular types of grains on body weight and body fat, as well as the first study to focus specifically on rye.

The study included 242 overweight men and women between the ages of 30 and 70 who were randomly assigned carefully adjusted daily amounts of refined wheat or whole-grain rye products with the same energy value. All participants also received the same general advice on healthy eating from a dietitian.

The participants were examined at the start of the study, halfway through, and at twelve weeks, when the study ended.

“The results were clear – the participants who received rye products lost more weight overall, and their levels of body fat decreased compared to those who received wheat products,” said Kia Nohr Iversen, a researcher at the Division of Food and Nutrition Science at the Chalmers University of Technology, and lead author of the study, which forms part of her recently presented doctoral dissertation.

Although both the rye and wheat groups lost weight during the study, those who ate rye products lost an average of one kilogram more than those who ate wheat products, with the difference attributable to fat loss.

Different people can react to the same foods in different ways, depending on, for example, the particular bacteria present in the gut, and the way they break down. At the Division of Food and Nutrition Science at the Chalmers University of Technology, research is underway into how diet can be better adapted to the individual level, providing precision nutritional advice to yield greater health benefits. The new study offered unique data that can be used to further research in this area.

“Although we saw an overall difference in weight loss between the rye and the wheat group, there was also very large variation within those groups. Increasing our understanding of why different people respond differently to the same foods can pave the way for more specifically tailored diets based on individual needs. We are currently investigating whether certain specific bacteria in the intestine might be the explanation behind why some people lost more weight than others who were also on the rye diet,” said Rikard Landberg, Professor of Food and Health at the Chalmers University of Technology.

Obesity and excess weight are among the biggest health challenges in the world and require many different measures. One idea is to develop foods that contribute to an increased feeling of fullness and have positive effects on metabolism.

Previous studies have observed that those who eat rye, which has a very high content of dietary fibre, feel fuller than those who eat the corresponding amount of energy in the form of refined wheat. One of the purposes of this study was therefore to investigate this potential link between increased intake of rye and weight loss.

“But surprisingly, in this study, we actually never observed any difference in appetite. We think this may be simply because the method we used to measure appetite was not good enough. We are therefore working on evaluating and developing the method further,” said Kia Nohr Iversen.

In order for a food to be marketed with specific health claims, a series of rigorous studies must be carried out to prove the effect. These studies are costly and represent a barrier to obtaining the scientific evidence needed, making it less attractive in turn for food producers to develop and market products that could contribute to reducing excess weight and obesity.

“A particularly positive aspect of our study is that the rye products we used are easily attainable in normal supermarkets in Scandinavia and most of Europe. Consumers can therefore act on the new results immediately. It does not require particular effort or dedication to have a diet rich in whole grain rye,” said Kia Nohr Iversen.

The researchers cautioned that there is more work needed before they can show in detail exactly what mechanisms determine why whole-grain rye is good for weight loss at the individual level. But the results of the new study already demonstrated a causal link between rye intake and weight loss through fat reduction and studies to determine the mechanisms behind this link are already underway.

“As we continue to look for the exact reasons why our advice is to choose the rye bread instead of the sifted wheat bread,” said Kia Nohr Iversen.