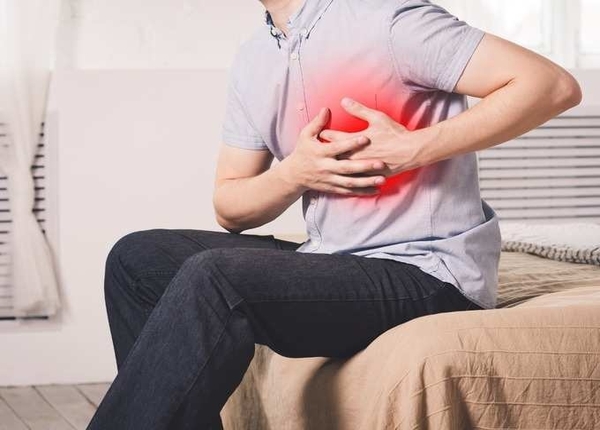 According to a new study, a small but significant percentage of college athletes with COVID-19 develop myocarditis, a potentially dangerous inflammation of the heart muscle.

The findings of the study were presented at the annual meeting of the Radiological Society of North America (RSNA). Myocarditis, which typically occurs as a result of a bacterial or viral infection, can affect the heart’s rhythm and ability to pump and often leaves behind lasting damage in the form of scarring to the heart muscle. It has been linked to as many as 20 per cent of sudden deaths in young athletes. The COVID-19 pandemic raised concerns over an increased incidence of the condition in student-athletes.

For the new study, clinicians at schools in the highly competitive Big Ten athletic conference collaborated to collect data on the frequency of myocarditis in student-athletes recovering from COVID-19 infection. Conference officials had required all athletes who had COVID-19 to get a series of cardiac tests before returning to play, providing a unique opportunity for researchers to collect data on the athletes’ cardiac status.

Jean Jeudy, MD, professor and radiologist at the University of Maryland School of Medicine in Baltimore, serves as the cardiac MRI core leader for the Big Ten Cardiac Registry. This registry oversaw the collection of all the data from the individual schools of the Big Ten conference.

Dr Jeudy reviewed the results of 1,597 cardiac MRI exams collected at the 13 participating schools. There was no selection bias for cardiac MRI, as all COVID-positive athletes underwent a complete cardiac battery of tests including cardiac MRI, echocardiogram, ECG and blood tests, as well as a complete medical history.

Only cardiac MRI identified the problem.

“Testing patients for clinical symptoms of myocarditis only captured a small percentage of all patients who had myocardial inflammation. Cardiac MRI for all athletes yielded a 7.4-fold increase in detection,” Dr Jeudy said.

The implications of post-COVID-19 myocardial injury detected by cardiac MRI are still unknown.
“The main issue is the presence of persistent inflammation and/or myocardial scar. Each of these can be an underlying foundation for additional damage and increased risk of arrhythmia,” Dr Jeudy added.

As part of the study, Dr Jeudy and colleagues continue to add to the Big Ten Cardiac Registry to gain more understanding.

“We still don’t know the long-term effects. Some athletes had issues that were resolved within a month, but we also have athletes with continued abnormalities on their MRI as a result of their initial injury and scarring. There are a lot of chronic issues with COVID-19 that we need to know more about, and hopefully, this registry can be one of the major parts of getting that information,” Dr Jeudy explained.

The registry will allow researchers to look beyond the presence of abnormalities and study things like changes in exercise function over time.

“These are young patients, and the effects of myocardial inflammation can potentially impact their lives more significantly than in older patients. That’s why we really want to push forward and continue to collect this data,” Dr Jeudy said.

Obstacles to widespread use of cardiac MRI in college athletes are significant and include cost and lack of access to advanced MRI capability at many centres. But, as the new study shows, cardiac MRI adds considerable value to cardiac testing.

“The role of cardiac MRI as a screening tool in this population needs to be explored,” Dr Jeudy said.

“The reality is that there is a small percentage of cases where we know the athletes have an increased risk for sudden death, and using cardiac MRI will increase the number of players who are identified,” Dr Jeudy concluded.