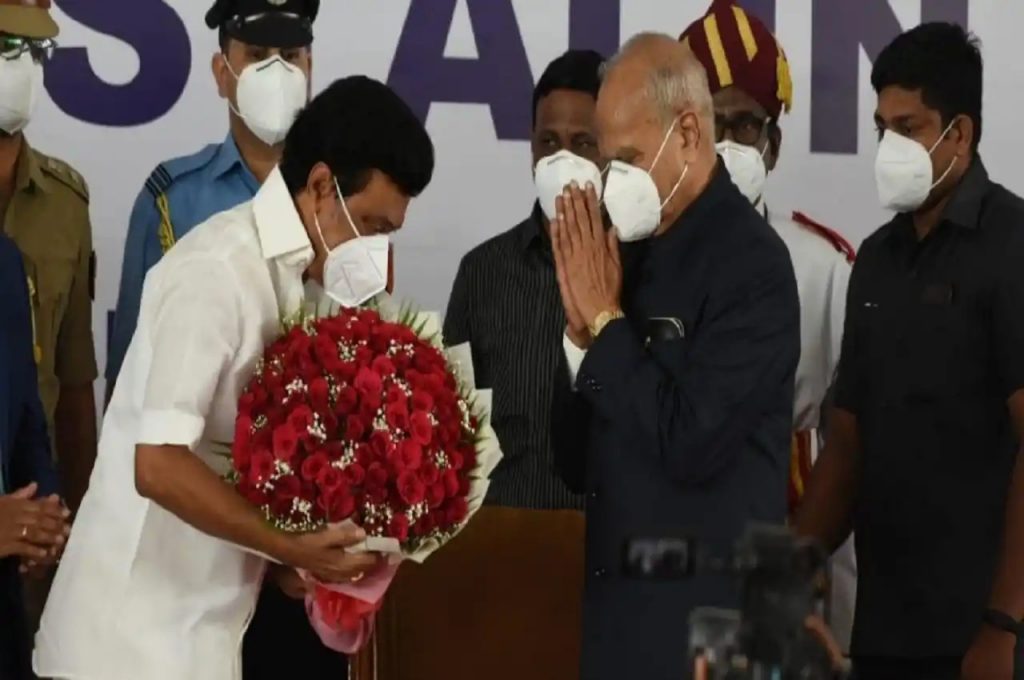 Tamil Nadu Governor Banwarilal Purohit administered the oath of office and secrecy to 68-year-old MK Stalin in a simple ceremony at the Raj Bhavan in Chennai.

After the swearing-in ceremony, Stalin, called ‘Thalaivar’ by his party cadre, ordered the payment of Rs 2,000 as the first installment to all ration card holders eligible to receive rice as COVID-19 relief. The plan, involving an outlay of Rs 4,153.39 crore, will help about 2.07 crore ration card holders in Tamil Nadu.

In its election manifesto, the DMK party had said to provide Rs 4,000 as relief to the poor in view of the COVID-19 epidemic. To implement it, the Tamil Nadu chief minister signed an order in May itself to provide the first installment of Rs 2,000 for Rs 4,153.69 crore, covering an estimated 2,07,67,000 ration card holders, an official release said.

Stalin made these 4 big announcements as soon as he took the oath:

– Free travel for women from May 8 in state-run buses.

– The Tamil Nadu government will pay Rs 1,200 crore to the transport corporations as subsidy.

– According to the Chief Minister’s Health Insurance Scheme, the Tamil Nadu government will pay the cost of treatment in private hospitals.

As per the “Chief Minister in your constitution” scheme, a new IAS officer headed department will be set up to process and resolve the issues filed by the people. Stalin had stated that the issues would be resolved within 100 days of resolving them.