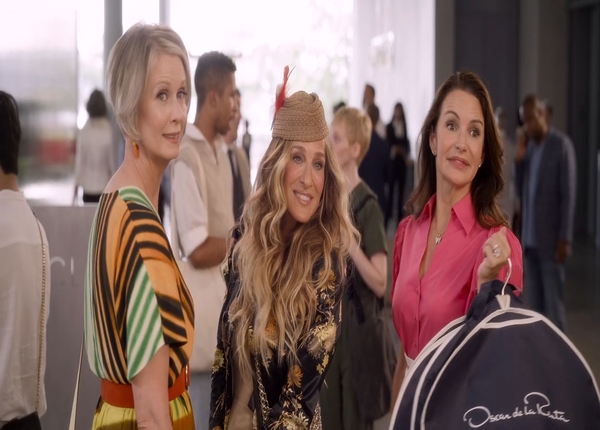 Good news for all the ‘Sex and the City’ fans! Charlotte, Miranda and Carrie are coming to you on December 9. So, make sure to mark your calendars and pour yourself a cosmopolitan.

On Friday, HBO Max dropped the first official teaser for the highly-anticipated ‘SATC’ reboot titled ‘And Just Like That’ and it will definitely make the fans excited as well nostalgic taking them on a joyride. The teaser was shared on the streaming giant’s Instagram page along with a caption that read, “True friends never go out of style. #AndJustLikeThat arrives Dec 9 on HBO Max.”

The nearly one-minute-long teaser focuses on the reinvention of New York, which is probably a shout-out to some of the issues that the series is set to address – the original show was heavily criticised for lack of diverse representation.

In the teaser, fans get to see Parker, who plays Carrie, narrate the clip, saying, “They say somethings never change, but the truth is, life is full of surprises. And as your story unfolds, the city reinvents itself, and just like that, a new chapter begins.”

In the clip, Carrie can be seen trying out her new gig as a podcast host, as well as Charlotte (Davis) and Miranda’s (Nixon) kids all grown up. Viewers also get a glimpse of the late Willie Garson as Carrie’s pal, Stanford Blatch, and Mr Big’s ex, Natasha (Bridget Moynahan).

Fan-favourite Samantha Jones (Kim Cattrall) is missing this time around, but newcomer additions Sarita Choudhury and Sara Ramirez have joined the SATC crew. So there’s plenty to look forward to.

‘Sex and the City’ broke many stereotypes when it premiered in 1998, not just for its frank discussion of sex and love, but also for its endearing portrait of friendship and loyalty between career-minded women.
Created by Darren Star and based on the book of the same name by Candace Bushnell, ‘Sex and the City’ ran for six seasons, earning seven Primetime Emmys and spawning two major feature films.

From executive producer Michael Patrick King, ‘And Just Like That’ is also being co-executive produced by Parker, Davis and Nixon, along with Julie Rottenberg, Elisa Zuritsky, John Melfi.