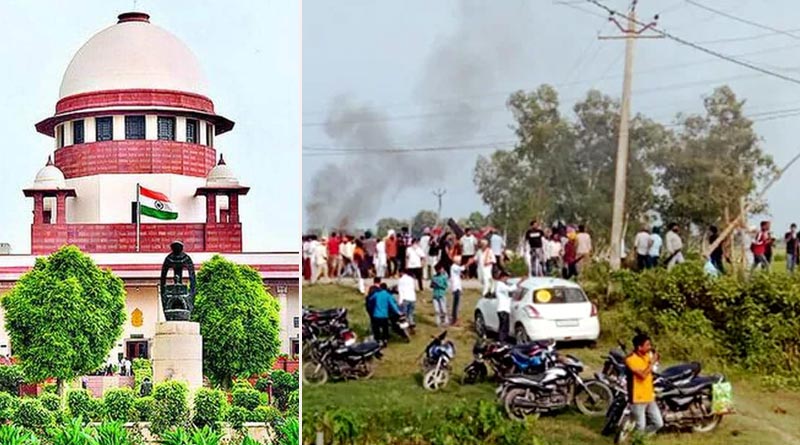 The apex court reconstituted the Special Investigation Team (SIT) and named three senior IPS officers, SB Shirodkar, Deepinder Singh and Padmaja Chauhan in it.
The top court is to hear the case next after the chargesheet is filed and a report is received from the retired judge,

Local farmers had blamed Union Minister of State for Home Affairs Ajay Kumar Mishra ‘Teni’ and his son Ashish Mishra for the violence that left eight dead, including four farmers a local journalist and others during a farmers’ protest. They were mowed down by a vehicle that was part of the convoy of the Minister in Lakhimpur Kheri in north-central Uttar Pradesh.

The apex court was a hearing case where two lawyers had written a letter to the CJI seeking a high-level judicial inquiry into the Lakhimpur Kheri violence case.

The top court had also declined to hand over the probe to the CBI saying “CBI is not the solution to everything”.

It had expressed concerns about the case against the prime accused in the case relating to mowing down the farmers being diluted by clubbing the investigation with the counter-case of mob lynching.

The apex court had also observed that the pace of the investigation is not up to the expectation and said that the prima facie view it gets is that one particular accused is benefited by recording statements of witnesses in a particular manner.

Two advocates — Shiv Kumar Tripathi and CS Panda — had sent the letter petition before CJI seeking punishment for politicians allegedly involved in the ghastly incident. The letter had stated, “Having regard to the seriousness of the killing of the farmers at district Lakhimpur Kheri in Uttar Pradesh, it is incumbent upon this Court to intervene in the matter as flashed in the press.”

Videos were being circulated on social media where a Mahindra Thar was seen knocking down protesters from behind.

The Minister and his son deny the charges. Ashish Mishra and 20 others have been booked for murder. (ANI)