Samantha Wraps Up The First Schedule Of ‘Yashoda’ 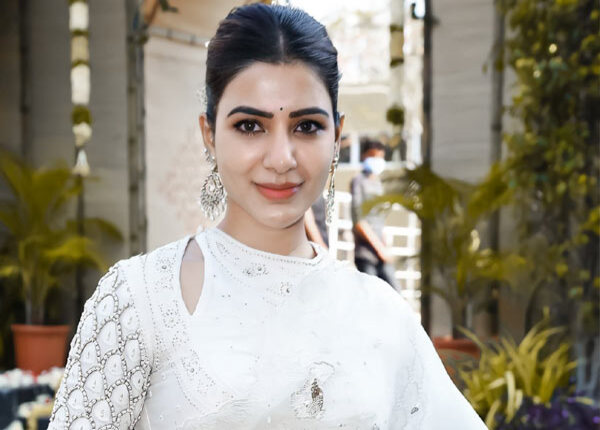 Samantha has wrapped up the first schedule of her upcoming film, Yashoda. The makers of the film shared a special note on the completion of the first schedule. The entire film will be wrapped up on March 31, if things go as per schedule. Producer Sivalenka Krishna Prasad announced that they are planning to release Yashoda in Tamil, Telugu, Malayalam, Kannada and Hindi. The film is being helmed by director duo Hari and Harish.

Samantha was last seen performing a special number in Allu Arjun’s Pushpa: The Rise. The song titled Oo Antava (Oo Solriya in Tamil) became a huge sensation and also drew flak from a certain section of people. However, Allu Arjun accepted that the lyrics, which claim that men are lustful, are true.

After a short hiatus, Samantha resumed shooting for her upcoming film, Yashoda, in Pune. Now, the team has wrapped up the first schedule of the film.

In a statement, producer Sivalenka Krishna Prasad said, “We’re making this Telugu-Tamil film uncompromisingly. We are aiming to release in Kannada, Malayalam & Hindi simultaneously. The first schedule commenced on December 6 and went on till December 24. Sampath Raj, Shatru, Madhurima, Kalpika Ganesh, Divya Sripada, Priyanka Sharma played pivotal scenes in this schedule. Rao Ramesh & Murali Sharma are also playing major roles. The second schedule will commence on January 3 and will go on till January 12 while the last schedule is from January 20 to March 31. Despite being the debutants, the directors are making the film confidently with cameraman Sukumar’s brilliant work. We’re making it on an uncompromised budget to give a technical and visual grandeur.”

Samantha is now waiting for the release of her upcoming film, Shaakuntalam, directed by Gunasekhar. Her Tamil film, Kaathuvaakula Rendu Kaadhal, with Nayanthara and Vijay Sethupathi, is also due for release in 2022.

Meanwhile, Samantha signed her first foreign film, Arrangements of Love, which will commence in August 2022. Now, there are reports doing the rounds that she has been roped in as the lead in Raj and DK’s upcoming film with Varun Dhawan.

PrevPreviousResolve of cleanliness will be fulfilled only with discipline, awareness, dedication, says PM Modi
NextAllu Arjun, Ram Charan & Others Reunite For ChristmasNext