Samantha Ruth Prabhu:’ For Me Language Is Not The Most Important Aspect’ 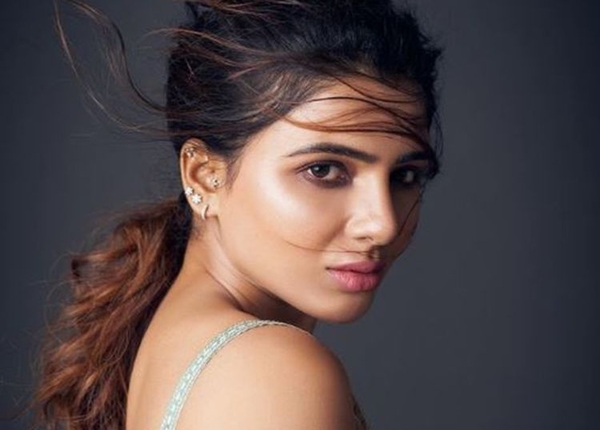 Earlier this year, Samantha Ruth Prabhu made a splash with her debut appearance in Hindi, in the web series Family Man 2. And since then, she’s been making her presence felt as the leading lady from the South to watch out for. While her Hindi OTT outing was billed as the doorway to Bollywood, the actress is clear that she’ll take one step at a time and choose every film “on the merit of its script, irrespective of the language”. Samantha made news recently when she announced a Tamil-Telugu bilingual film with debutant director Shantaruban Gnansekharan and another bilingual with director duo Hari-Harish. But she doesn’t rule out future projects in Bollywood either. “If the script has its heart in the right place, if I fit into the role and make a difference to the film and if I’m able to do justice to it, why not?” she quips.

Ahead of her maiden appearance at IFFI, Samantha spoke to us about what it feels like to constantly push boundaires when it comes to content in different languages, cultural contexts and mediums.

Samantha, you’re one of the first actresses from the South to be invited to speak at IFFI, how does it feel?

It surely feels great to be among people of such great calibre from all over the country coming together to celebrate the same interest of films and art. I have always believed that cinema has the potential to cut across regional and cultural barriers when the content is right. Family Man as a show has helped me get closer to a much wider audience. I have to definitely thank the creators for that.

There was a time earlier when there were very few women on sets and female lead actors too used to have limited screen time, often playing second fiddle to their male protagonists. Things have changed considerably since. How has the general evolution been for women in cinema, in terms of opportunities and portrayal?

It sure has been a gradual but much-needed evolution. Contemporary cinema has brought great change in the way women characters are portrayed. It has given women an opportunity to showcase their potential without being shadowed by a male protagonist. And OTT has created an alternative space, which is extremely exciting for actors. It is a more level playing field. It is liberating to now break out from the commercial set moulds and explore new dimensions in a woman’s psyche…more real, flawed and layered characters. And with films like Manikarnika, Neerja, Pink, Raazi and Mary Kom hitting great numbers at the box office, it definitely spells exciting times for female actors.

In the recent years, language no longer seems to be a barrier for actors and you see more willingness from actors to work in different languages and industries. What do you think has brought about this change?

The power of cinema is immense, no matter the language. If the intention is right and your heart is in the right place, any movie in any language can bring out the necessary impact. It’s wonderful to see this being reflected in the past few years. Films like Baahubali and KGF have shown that language isn’t a barrier when you are communicating to the audience and the advent of OTT platforms has played a major role in this too. People are now watching Malayalam thrillers, Korean dramas and are using subtitles. People are always looking for new content. Now language is no more a barrier and this change has been super exciting. I think we can do and see lot more exciting and cool things in the near future.

As an actor, you have worked in multiple languages already, including Hindi. Will we see you in Bollywood films soon?

Why not, if the right script comes, I will definitely be interested. But for me language is not the most important aspect, the decision to choose a script is completely instinctive. Does the script have its heart in the right place? Will I fit into it? Will I be able to do justice to it? These are the questions I ask myself before signing any new project. That’s the most important thing for me.

Home » Entertainment » Telugu » Samantha Ruth Prabhu:’ For Me Language Is Not The Most Important Aspect’
a
Menu