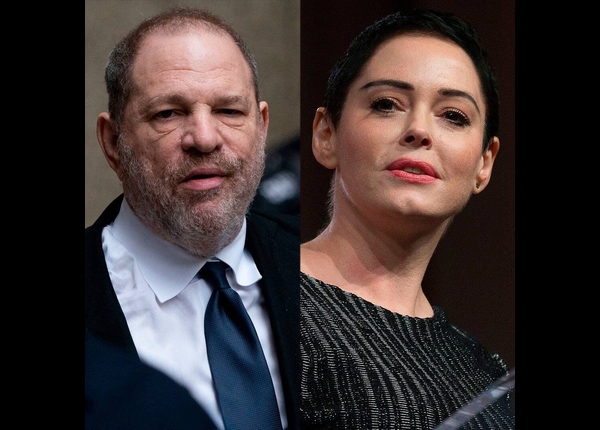 American actor Rose McGowan’s lawsuit against disgraced Hollywood producer Harvey Weinstein has been dismissed by a judge in California after she failed to file paperwork by the court-imposed deadline.

As per Fox News, Judge Otis D. Wright in the central district of California dismissed McGowan’s case with prejudice on December 6, meaning it can not be brought up again at a later time. McGowan was one of the first women to come forward with sexual assault allegations against the 69-year-old producer but has apparently failed in her legal bid.

The actor had publicly alleged that the disgraced movie mogul had raped her in 1997 while they were at the Sundance Film Festival. McGowan’s accusations were among the many shocking allegations from several women who came forward with similar claims of sexual misconduct on the part of Weinstein that ultimately led to his 2020 rape conviction.

In October 2019, McGowan brought more allegations against the movie mogul, alleging that he used his financial power to discredit her allegations when he learned that she would be publishing them in detail in her 2018 book, ‘Brave’.

She believes that Weinstein’s actions, which included his ex-attorneys Lisa Bloom and David Boies as well as the spy and intelligence firm Black Cube Strategies, violated the Racketeering Influenced Corrupt Organizations Act.

However, it seems like the case will not be moving forward after McGowan failed to provide the court with more documented proof of her case by a set deadline. According to the documents, McGowan was told on November 9 that she had until December 2 to file more documents in the case or until December 3 to file a supplemental brief in accordance with the court’s instructions.

“As of today’s date, Plaintiff has not filed any brief in response to the Court’s Order and Minute Order.

Accordingly, Plaintiff is deemed to have conceded the two points the Court gave her opportunity to argue in the supplemental brief,” the documents read.

“Accordingly, the Court concludes that Plaintiff is unable to sufficiently plead a RICO claim, meaning that further amendment would be futile,” the documents further read.

McGowan will still have the opportunity to pursue her state-law claims in state court.

McGowan’s initial complaint alleged that Weinstein constructed a cohort of powerful lawyers, book agents, spies and other parties, dubbed the ‘Weinstein Protection Enterprise’ in the complaint, all working together to stifle McGowan’s plans to come forward during 2016 and 2017.

As per Fox News, McGowan also claimed in the suit that she was working on her memoir, ‘Brave’, and planned to publish her story for the first time in the released version of the book. According to the complaint, McGowan claimed Weinstein and his attorneys, using a Black Cube emissary, were able to obtain a large portion of her unreleased book in advance.

The actor further claimed the Black Cube representative of sorts, known to McGowan as Diana Filip, posed as a women’s advocate as a ruse to gain her trust and illegally recorded their conversations and even accessed a version of the actor’s book on her computer.

McGowan was paid USD 100,000 to settle her allegation that Weinstein raped her in 1997.