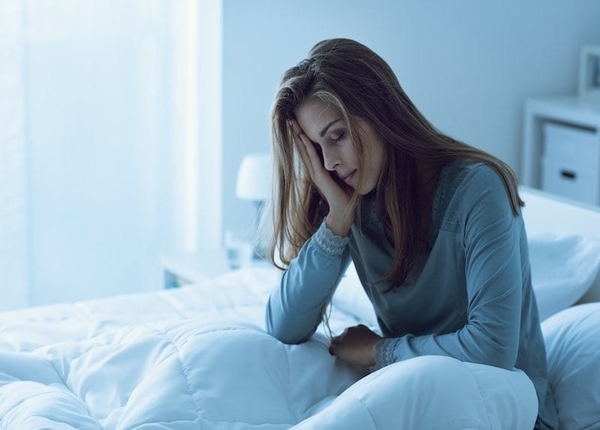 The findings of new research have shown that more than two thirds (approx. 65.5 per cent) of students are experiencing poor sleep quality and this is linked to mental health problems.

The research was published in the peer-reviewed journal Annals of Human Biology. The findings, based on more than 1,000 (1,113) men and women attending university full-time, also show those reporting depressive symptoms were almost four times as likely to suffer from inadequate sleep habits.

Excessive daytime sleepiness (EDS) was a problem among over half (55 per cent) of the students, they were almost twice as likely to have depression or experience moderate to high-stress levels. In addition, the study highlights a gender divide, with poor quality sleep and EDS more prevalent among females.

The authors warn stressors, such as course demands, make college students vulnerable to sleep disorders which in turn affect academic performance and health. They’re calling on universities to do more to promote positive sleep habits and good mental health.

“These include failures in attention and perception, high absenteeism rate, and sometimes dropping out of the course.

“The university environment offers greater exposure to factors that may compromise sleep habits such as academic stress and social life. It’s crucial to evaluate and monitor sleep habits, mental health, and the quality of life of students to reduce the risk of developing other chronic diseases.

“University managers should plan the implementation of institutional actions and policies. This is to stimulate the development of activities that promote good sleep habits and benefit students’ mental health.”

Living away from home for the first time, using stimulants that impair sleep and keeping erratic bedtimes are all factors that make students vulnerable to a lack of quality rest at night. An average of seven hours of sleep has been reported by those attending college when nine hours is considered ideal for young adults.

Poor sleep and EDS in those attending university has already been identified by studies, but few have investigated any link with stress/depression. This new research is part of the Longitudinal Study on the Lifestyle and Health of University Students (ELESEU) and used data from 2016 and 2017.

The authors surveyed 1,113 undergraduates and post-graduates aged from 16 to 25 years who were enrolled in a range of studies at the Federal University of Mato Grosso in Brazil. Participants were asked about their sleep quality, EDS, socioeconomic status, and their body mass index (BMI) was also assessed.

In addition to the findings on gender, a link was identified between poor sleep quality and the degree course discipline. Students studying biological and health sciences were more likely to be affected as were those enrolled in social and human sciences.

The mechanism behind sleep disturbance and depression is not unclear, as is whether mental health issues trigger poor quality sleep (or vice versa). Hence, the authors suggest that more research is needed to understand this interaction better.

PrevPreviousHonours even, which way will wind blow in 2022? asks Chidambaram after by-poll results
NextKey Taliban member among those killed in Kabul attackNext