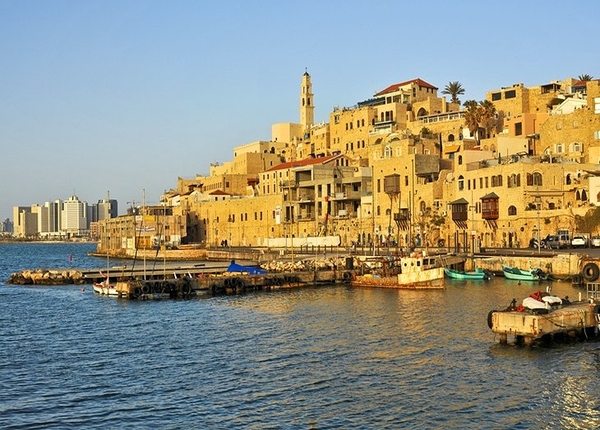 Amid a surge in COVID-19 Omicron variant, Israel on Sunday added the UK, Belgium and Denmark to the travel ban list.

Head of Public Health Services Dr Sharon Alroy Preis announced during a press briefing with Health Ministry Nitzan Horowitz and Health Ministry Director-General Prof Nachman Ash that the above-mentioned countries will be labelled as red countries and placed under a travel ban, reported The Jerusalem Post. Israelis cannot travel to red countries unless they obtain special permission and when they come back they must quarantine for at least one week regardless of their immunization status.

Currently, some 50 African countries are on the list. The new nations are expected to be added to the group in about 72 hours.

During the cabinet’s weekly meeting, Prime Minister Naftali Bennett said that Israel’s goal is to delay the penetration of Omicron.

“Two weeks ago, when we decided to tighten restrictions to enter the country following what was then a new coronavirus mutation, some said we were exaggerating — and now everyone understands we were not,” Bennett said while opening the cabinet’s weekly meeting.

“We already know that Omicron has arrived and is in Israel, but at the moment, following our measures, the numbers are still relatively small,” the prime minister noted, adding that strictly monitoring Ben Gurion and the borders is crucial to prevent the cases from skyrocketing.

Earlier in the day, the cabinet approved extending for ten days the travel restrictions approved at the end of last month to prevent the new Omicron variant. The measures were due to expire on Sunday night.

Horowitz called the move a “difficult but necessary step”, asking the public to avoid unnecessary trips, reported The Jerusalem Post.

Israel will therefore remain closed to all foreign nationals with very limited exceptions and Israelis returning from all countries will continue to be required to quarantine for a minimum of three days if they are vaccinated and of seven if they are not. All are required to take a second PCR test after the one upon landing at the end of the quarantine period, reported The Jerusalem Post.

The officials said that more countries might be added to the list of red nations in the upcoming days.
As of Saturday night, 55 Omicron carriers had been identified in the country, 20 more than Friday. Thirty-six of them had recently come back from abroad and 42 were considered protected from the virus (vaccinated or recovered), reported The Jerusalem Post.

For the past few weeks, morbidity in the country has been moderately on the rise – although the rise in cases is caused by the Delta variant and not by Omicron. No COVID deaths were reported in Israel in five days.

The authorities are also examining extending the Green Pass system to malls – the system only grants access to certain venues and activities to people vaccinated, recovered or who underwent a corona test, reported The Jerusalem Post.

Over one million eligible Israelis still need to receive the booster shot. The Health Ministry is considering shortening the interval between the first two shots and the third from six to three months, to get more individuals protected.

In addition, Ash confirmed that the ministry is checking the protection offered by the third shot, if there is a decrease and when it could be necessary to give the fourth shot, especially to people in high-risk groups, such as individuals over 60.

All the officials also called on all Israeli parents to vaccinate their children.