Former Indian captain and BCCI President Sourav Ganguly is celebrating his 49th birthday on Thursday. Affectionately knows as ‘Dada’ among the admirers of the sport, Ganguly is regarded as one of India’s greatest captains.

He led India in 146 ODIs, winning 76. In Tests, he led India to 21 victories in 49 games, with 15 draws. Under his captaincy, India famously ended Australia’s incredible 16-Test winning streak during the home series in 2001, beating the side 2-1.

A year later, he led the side to a memorable win in the NatWest series. Ganguly famously took off his shirt and waved it in celebration inside the Lord’s balcony after the win in the final against England. In 2003, India reached the final of the World Cup under Ganguly’s captaincy, but faced a defeat to Australia.

Many players who made their debuts under Ganguly went on to become legends in Indian cricket. Yuvraj Singh, Harbhajan Singh, Virender Sehwag, and MS DHONI are some of the players who were given their first international game by Sourav Ganguly.

A left-handed batsman, Ganguly made his international debut against West Indies in 1992 in an ODI. Four years later, he made his Test debut against England in Lord’s and famously scored a century in the game.

Popularly known as the ‘God of off-side’ during his playing career, Ganguly represented India in 311 ODIs, scoring 11,363 runs. He is currently the third-highest run-scorer for the country in ODIs, and eighth-highest overall.

The pair of Sourav Ganguly and Sachin Tendulkar holds the record for the most number of runs by an opening duo in ODIs (6,609 runs). Ganguly has 22 centuries and 72 half-centuries to his name.

In early 2006, Ganguly lost his place in the side following a highly publicized spat with then-coach Greg Chappell. However, he made a comeback later in the same year after his replacements failed to cement their place in the side.

In 2007, Ganguly was part of the team which competed in the ODI World Cup. Even as India’s campaign shockingly ended in the group stage, Ganguly ended as the side’s highest scorer. In the same year, he produced impressive performances on the tour to England.

Ganguly retired from all the formats of cricket in 2008. In his final Test, he scored 85 in the first innings against Australia, and was also at the receiving end of a fantastic gesture from then-captain MS Dhoni, who asked him to lead the side for the final few overs of the match.

After many commentary stints post-retirement, Ganguly entered cricket administration and became the president of the Cricket Association of Bengal in 2015. He served the board for four years before becoming the president of the Board of Control for Cricket in India (BCCI) in October 2019. 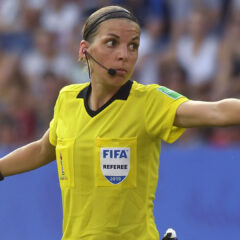