Kim Cattrall Joins Cast Of ‘How I Met Your Father’ 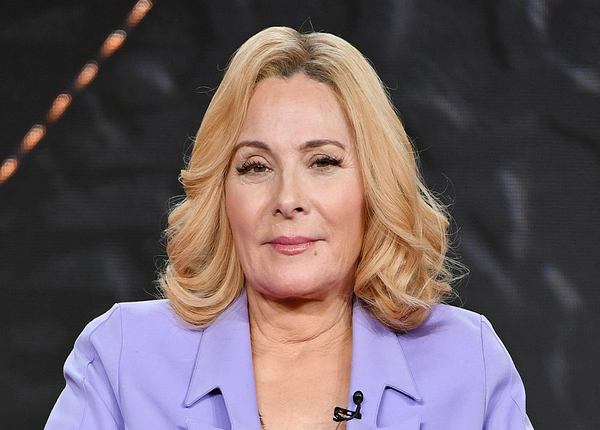 Actor Kim Cattrall will be back on our TV screens soon. The star has joined the cast of Hulu’s ‘How I Met Your Father’, an upcoming spinoff series of the popular sitcom ‘How I Met Your Mother’.

As per Variety, Cattrall has joined the star cast of Hulu’s spinoff show as the future version of Hilary Duff’s character, Sophie. Cattrall isn’t the only exciting addition to the cast. Along with Duff, the actor will be joining Francia Raisa, Chris Lowell, Tom Ainsley, Tien Tran and Suraj Sharma, who will all be playing Sophie’s friends.

The upcoming series will revolve around Sophie (Duff) who is telling her son the story of how she met his father: a story that catapults us back to the year 2021 where Sophie and her close-knit group of friends are in the midst of figuring out who they are, what they want out of life, and how to fall in love in the age of dating apps and limitless options.

Cattrall, who made headlines earlier this year when it was announced that she wouldn’t be returning to the ‘Sex and The City’ spinoff, will parallel Bob Saget, who played the older Ted.

‘How I Met Your Father’ hails from Isaac Aptaker and Elizabeth Berger, who serve as writers and executive producers on the news series.

‘How I Met Your Mother’ creators Carter Bays and Craig Thomas are also onboard as executive producers along with Pam Fryman, who will direct the pilot.

Duff will produce in addition to starring, with Adam Londy serving as co-executive producer. 20th Television will produce the new series as it did with the original. Aptaker and Berger are currently under an overall deal at the studio.

The series followed Radnor’s character Ted Mosby, who tells his children the story of how he met their mother. In its nine-season run, ‘How I Met Your Mother’ earned multiple Emmy wins and Golden Globe recognition.

Cattrall is best known for her starring role in the hit HBO series ‘Sex and the City’, with her role as Samantha Jones earning her five Emmy Award nominations. She subsequently appeared in the two ‘Sex and the City’ films.

She most recently starred in the Fox drama ‘Filthy Rich’ and the CBS All Access (now Paramount Plus) series ‘Tell Me a Story’.

Her feature credits include ‘Big Trouble in Little China’, ‘Star Trek VI: The Undiscovered Country’, and the upcoming release ‘About My Father’.