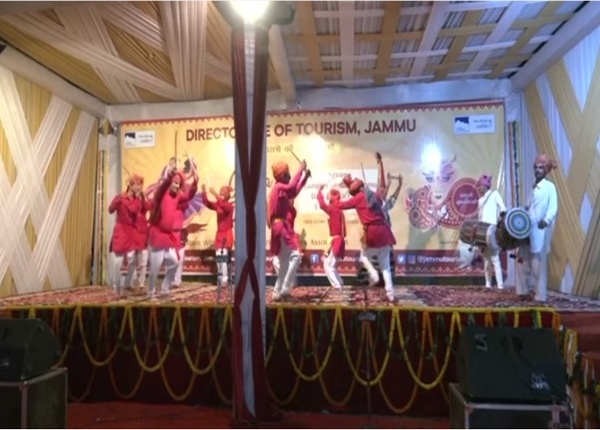 Jammu and Kashmir Tourism Department organised a Garba and Dandiya night in Gulshan Ground, Jammu on Saturday as a part of Navratri celebrations.

The event was widely enjoyed by the audience who witnessed performances from various artists.

Vivekanand Rai, Director, Tourism (Jammu) said that the festival will help increase tourism and cultural exchange in the Union Territory.

“We started the Navratri festival from Katra this year and now we are holding a Garbha and Dandiya night in Jammu. Tourism is increasing, Covid restrictions are over. We will keep doing activities that will increase tourism and public participation. We will also have a Dogra food festival,” Rai told ANI.

“Dandiya is from Gujarat but is now known all over the world, including India. Such events will also lead to cultural exchange, interactions of different cultures with each other. A culture will be able to adopt the good aspects from the other culture,” he added.

AK Sehgal, a travel writer also said, “Navratri is an iconic festival, not only for Dogra community and India but also on a global level as various forms of goddess Vaishno Devi are worshipped. The celebrations are a nice way to showcase these forms of the goddess, which are being carried out in the entire Union Territory of Jammu and Kashmir this time around. Also, it is extremely important that the local food and language also gets its recognition.”

Varun, a visitor associated with the Hotel industry also expressed his optimism that the celebrations of various festivals will help revive the tourism and hospitality business.

“It is a great initiative by the Government of Jammu and Kashmir that Dandiya night is being held and Navratri is being celebrated in the Union Territory. We (Tourism and Hospitality sector) suffered heavily during the pandemic. Our businesses had gone into the negatives. However, events like this give us hope that something good is on the horizon for the sector. There is a lot of scope in Jammu and Kashmir tourism because this region has a very rich history,” he said.

Shardiya Navratri begins from the first date of Shukla Paksha of Ashwin month, in which the divine forms of Maa Durga are worshipped for nine days. However, this year Navratri will last only for eight days, which have started on October 7 and end on October 14.