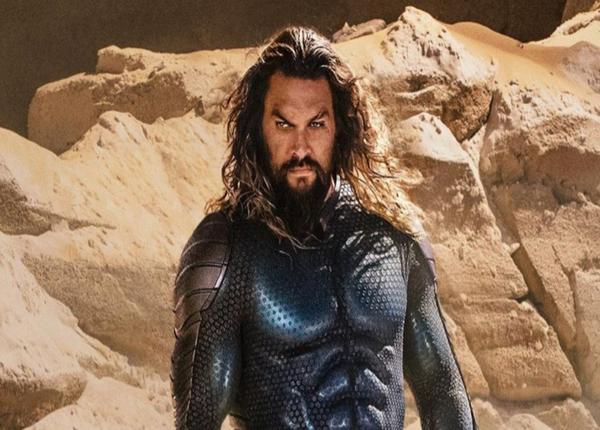 Hollywood star Jason Momoa has completed shooting for ‘Aquaman And The Lost Kingdom’.

The ‘Game of Thrones’ actor shared the update on social media. Taking to his Instagram account, the 42-year-old actor posted a video of him and informed his fans that production is now complete. In the video, Jason is on the beach and can be seen saying, “‘Aw man, that’s a wrap. That’s a wrap, ‘Aquaman 2’. I have so much to share with you, I wish… I could tell you so much. What an epic day. I love you.”

He added, ”So good to have been home to finish this, so many good surprises. Love you and… it’s been a long time. I’m taking a break. Aloha.”

The actor also used the opportunity to raise some money for the island. Sharing a video, he captioned, ”That’s a wrap in Hawai’i,” he wrote. ”You’ll have to wait to see Aquaman but you can check out my new bio-based Knoxville collaboration with @electric available now. Proceeds go to @sustainablecoastlineshawaii for the good of the islands and the people. Aloha J.”

Earlier, Momoa shared a video on Aquaman Twitter account and revealed that filming on the much-awaited sequel is completed. In a clip shared on Twitter, Momoa can be seen with crew members from the movie, saying, “Oh man, that’s a wrap, that’s a wrap, Aquaman 2!”

In mid-November, an Instagram account for the film shared a stunning shot of a beach to report that ‘Aquaman’ director James Wan moved the production from the United Kingdom to Hawaii, where they filmed at Oahu’s Halona Beach Cove.

The upcoming movie follows the 2018 hit film ‘Aquaman’, which grossed over USD 1 billion and became one of only two DC films to reach such a milestone.

Wan is helming the film and producing alongside Peter Safran. David Leslie Johnson-McGoldrick returned to co-write the screenplay.