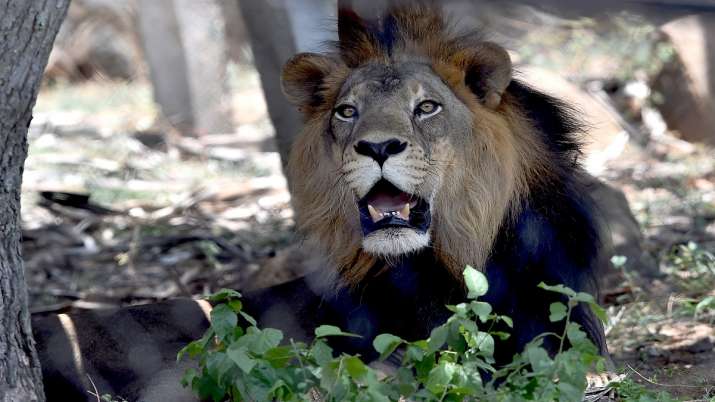 The infected Asiatic lions at the Arignar Anna Zoological Park (AAZP), popularly known as Vandalur zoo here, have been quarantined and on a regimen of antibiotics and other prophylactic drugs.

Tamil Nadu Chief Minister MK Stalin, who visited the zoo on Sunday and took stock of the situation, directed the officials of Environment & Forest department and the facility to provide the best treatment to the infected lions as per protocols.

Also, he instructed the authorities to ensure proper vaccination is administered to all animal handlers and officials at the zoo where the first instance of COVID-19 was found among the lions.

Stalin, who is also the Chairperson of Zoo Authority of Tamil Nadu, was taken around the enclosures through the eco-friendly battery operated vehicle.

Director of the Zoo, Debasis Jana explained to the CM about the measures taken on ground to monitor all animals and meticulously follow all SOPs and treatment protocols as advised by Central Zoo Authority (CZA) and Tamil Nadu Veterinary and Animal Sciences University (TANUVAS).

The zoo authorities informed that 7 samples of 3 lions and 4 tigers were sent to Indian Veterinary Research Institute (IVRI) in Bareilly, for detailed analysis.

The samples of all lions are also being analysed through genetic sequencing in the Centre for Cellullar and Molecular Biology in Hyderabad, to find the strain of the virus that infected them.

“This analysis is expected to throw better insights into the reasons and possibilities of COVID-19 contraction by animals,” the release from the government said.

The park’s veterinarian team led by Sridhar explained to Stalin the course of the treatment being given to the infected lions and also monitoring the health of other animals of the zoo.

The officials explained about the measures taken to identify the causes of such infections as the chief minister went around the lion and tiger enclosures and lion safari areas.

The COVID-19 outbreak was reported in the Asiatic lions at the zoo on June 3, when a 9-year-old lioness, Neela, succumbed to the disease.

Few lions were found symptomatic, an official release from the government said.

Samples from the 11 lions were sent to iCAR-NIHSAD lab, Bhopal for testing.

Samples of tigers and other large mammals were also being sent for testing.

All the Asiatic lions were quarantined and put on a regimen of antibiotics and other prophylactic drugs with the help of veterinarians and experts from the Tamil Nadu Veterinary and Animal Sciences University, the release said.

State Rural Industries minister TM Anbarasan, Environment, Forests and Climate Change principal secretary Supriya Sahu were among those who accompanied the chief minister during the visit.

Similar incidents of the lions getting infected were reported earlier at the lion enclosures in Hyderabad and Jaipur zoo and Etawah (UP) lion safari.

As a precautionary measure, the government closed all the zoos to visitors in the state from April 20 this year.