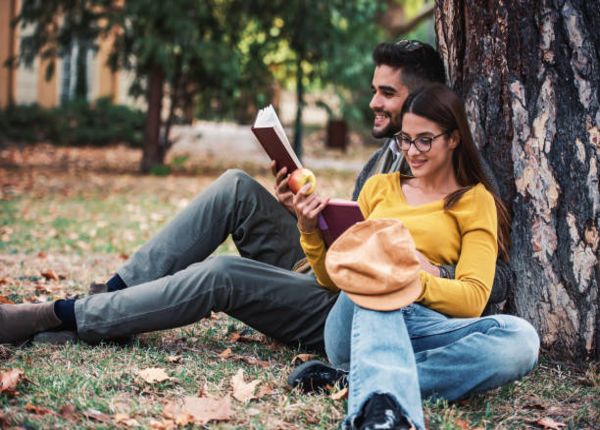 Students of IIT Ropar and Chandigarh University have coded a dating app that caters specifically to college students. Since most students haven’t been able to visit their campuses amid the pandemic, the founders of the app say that they came up with this idea to set-up this software, which has so far recorded two thousand downloads across India.

When in college, what’s the one thing that can’t be missed? Campus romance! Always an interesting aspect of a youngster’s life, dating on campus has often brought lonely hearts from different colleges to meet their romantic partners at annual fest, inter college competitions or freshers’ party. But in absence of all these possibilities in a virtual campus scenario, dating on campus hasn’t been easy at all, in the pandemic era. And to beat the challenges posed to social interactions, at a time when most college campuses are online, students have come to the rescue of their peers.

“We have developed an app College Meets,” says Bholesh Mittal, co-founder of the app and a student of B Tech from IIT Ropar, adding, “Due to the pandemic, college students aren’t able to meet each other and hence we saw the need for a dating app. We, therefore, came up with the idea of coding College Meets, which is exclusive for college kids. And since its launch in January this year, until now we have already got 2,000 downloads across the country.”

The app that took five months to be coded and is currently being used by students of several universities and colleges such as Delhi University, Amity University, Chandigarh University, IITs, NITs, and many more. “A major problem in dating online is fraud and fake accounts. To overcome this flaw, our app verifies users with their college identity cards that bring in utmost security. The app then primarily shows matches within the chosen college or university unlike other dating apps that show scattered matches in their area,” informs Mittal.

It’s difficult to trust an online platform due to increase in concerns over safety in the cyber world. “Since cyber security has become such a big thing during the pandemic, and college campuses have shifted online, to root out unwanted and abusive students, our app enables two users to match and chat with each other or to make an in app voice or video call to the matched one so that they don’t even have to share their numbers. This takes care of maintaining the privacy of both the users,” says Jaideep Singh, another B Tech student from IIT Ropar who heads the marketing for the app. He adds, “The best way to get students’ attention was through memes. And that’s why, to showcase our app we reached out to various campus-based meme pages that have a good following.”

For freshers from colleges who haven’t even visited their college campus, this app is a saviour! “The app helps college students make new friends and also helps those who want to date someone in their college but are shy or hesitant to approach,” says Mittal. And Chirayu Mittal, another co-founder of the app and a student of Chandigarh University, adds, “Everyone has some love story of their college days. College offers new found freedom, a fresh start, and the opportunity to meet new people. In other words it’s the ideal time to make the most of dating. And we didn’t want the pandemic to further ruin the dating scene for youngsters.”