Hilary Duff Announce ‘How I Met Your Father’ Release Date 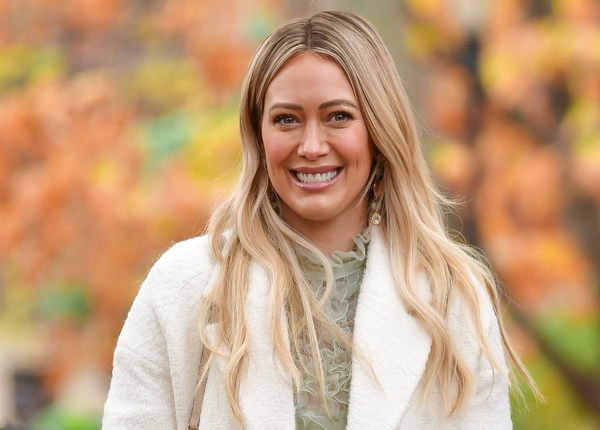 Actor Hilary Duff, widely known for playing the lead role in the TV series ‘Lizzie McGuire’, recently joined her ‘How I Met Your Father’ co-stars to announce the show’s premiere date.

On Wednesday, Duff and her co-stars, including Christopher Lowell, Francia Raisa, Tom Ainsley, Tien Tran and Suraj Sharma, in a video announced the highly anticipated series’ premiere date, which is January 18. But the ‘HIMYF’ cast didn’t just drop the big news willy-nilly, Duff and company drew things out for a full 24 seconds.

At the start of the clip, the ‘Lizzie McGuire’ alum made a fun callback to the Hulu show’s predecessor, How I Met Your Mother, by noting, “Haaave you heard?”

Suraj jumped in with an Easter egg of his own, adding, “Wait for it!”

As viewers anxiously waited for the news, Francia finally chimed in as the voice of reason, saying, “Oh my gosh, just tell them already.”

The premiere date news follows the casting announcement that ‘Sex and the City’ alum Kim Cattrall will play the future version of Sophie and will serve as the narrator of the show, reported E! News.

Like in ‘HIMYM’, ‘HIMYF’ follows one character, Sophie (Hilary and Kim), as she recounts to her son how she met his father, bringing viewers back to the year 2021 when Sophie and her friends were trying to figure life out.

The series followed Radnor’s character Ted Mosby, who tells his children the story of how he met their mother. In its nine-season run, ‘How I Met Your Mother’ earned multiple Emmy wins and Golden Globe recognition.