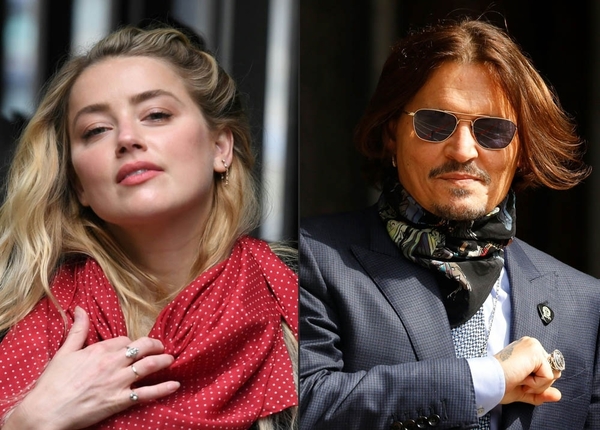 Actors Johnny Depp and Amber Heard’s turbulent marriage and contentious divorce is the subject of an upcoming two-episode documentary series in the works at Discovery Plus.

As per Variety, Discovery has commissioned ‘Johnny vs Amber’, a docuseries that will tell the story of the breakdown of Depp and Heard’s relationship, and how it spiralled into a celebrity court case. The announcement regarding the upcoming project was made by Discovery UK on Friday. The documentary will show the different perspectives with one episode focusing on ‘The Pirates of the Caribbean’ actor’s perspective, while the other episode will focus on the ‘Aquaman’ actor’s side of the story.

‘Johnny vs Amber’ will feature testimony from lawyers for both stars, as well as those close to the pair. It will also examine extensive footage and audio recordings filmed by the former couple themselves.

The documentary series is being executive produced by Nick Hornby and Fran Baker for Optomen.

“Through the tapes, home videos and text messages shown in court, these films give viewers a rare and important insight into a marriage that went tragically wrong, and to better understand the hugely important issue of domestic violence,” Hornby said.

As per People magazine, Heard filed for divorce from Depp in 2016 and later accused him of domestic violence. Depp has denied all the allegations levelled against him. A judge finalised their divorce in January 2017 with Heard being granted a USD 7 million settlement.

Their legal battles continued when Depp sued Heard for defamation after the actor wrote an op-ed for the Washington Post in 2018 about surviving domestic violence. However, Heard never named Depp in the op-ed. The case is still ongoing.

At the time, Depp’s lawyers said in the lawsuit, “Mr Depp never abused Ms Heard. Her allegations against him were false when they were made in 2016. They were part of an elaborate hoax to generate positive publicity for Ms Heard and advance her career.”

In response to the lawsuit, Heard’s rep told People magazine in a statement at the time, “This frivolous action is just the latest of Johnny Depp’s repeated efforts to silence Amber Heard. She will not be silenced. Mr Depp’s actions prove he is unable to accept the truth of his ongoing abusive behaviour. But while he appears hell-bent on achieving self-destruction, we will prevail in defeating this groundless lawsuit and ending the continued vile harassment of my client by Mr Depp and his legal team.”

Depp also sued the British tabloid The Sun for libel after it called him a “wife-beater.” He lost the case in November 2020. After losing the case, Depp agreed to exit the role of dark wizard Gellert Grindelwald in the ‘Harry Potter’ spinoff series, ‘Fantastic Beasts’.

PrevPreviousIndia logs 10,302 new COVID-19 cases in last 24 hrs
NextMemorial in the name of farmers’ agitation will be set up in PunjabNext