Charanjit Singh Channi: The journey of the first Dalit Sikh CM of Punjab 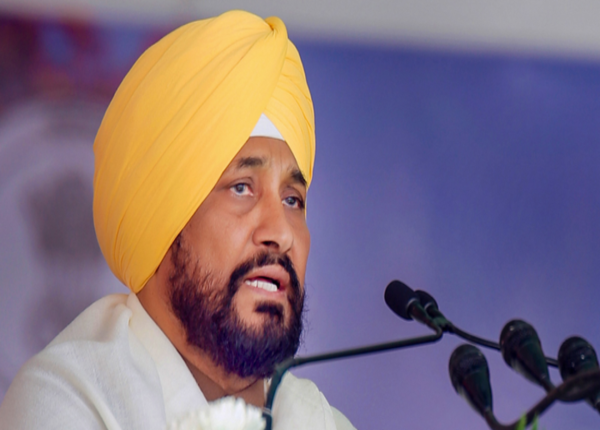 In September 2021, Captain Amrinder Singh resigned from the position of the Chief Minister of Punjab, which stirred the wind of Punjab, its then when Charanjit Singh Channi stepped into the shoes of the Chief Minister of the state. Channi became the CM when Punjab was facing a major political turbulence, most of the Cabinet had resigned and Channi had to start a fresh and with innumerous issues like the farm laws followed by the Lakhimpur Kheri incident,  it was definitely not going to be an easy task.

Capt. Amrinder Singh’s sudden resignation was definitely not the best time to takeover the office as it is but Navjot Singh Sidhu, The PPC Chief of the state didn’t make it easier for Channi too. Mr. Sidhu indirectly was giving a negative impression of Channi by calling him nothing but a mere “rubber stamp”, thus implying him to be an assertive leader. But the gravity of the situation intensified when Channi had to choose his Cabinet. Channi’s choices didn’t go very well with State Congress president, Mr. Navjot Singh Sidhu, which eventually led to his resignation from the position of the Party chief. That resignation right after the former CM’s departure plunged the Congress into deeper crisis,but not for once did CM Channi lose his composure. He handled the situation quite well, he was ready to talk to Sidhu and make terms with him but he his intentions about the Cabinet very clear to everybody.

On the day he assumed the charge, Mr. Channi conveyed unambiguously that his government is of the poor, for the poor and with the poor, and the new government will be responsive to the problems of the common people. In a little over ten days since then, he has lived up to that promise.

From joining youngsters at a college for an impromptu bhangra to stepping out of his cavalcade to greet a newly wed couple and visiting families of farmers, who lost their lives during the ongoing agitation against the controversial farm laws, Punjab’s new Chief Minister Charanjit Singh Channi has stamped his image as the common man’s CM within days of taking charge. The change is in sharp contrast to that of his predecessor, Captain (retd.) Amarinder Singh, scion of the erstwhile Maharaja of Patiala, who was often accused of adopting a ‘royal’ style of working.

His strong stance, calm and composed outlook and public outlook helped him build the party’s confidence in him. Although amidst all the party chaos Channi also had to prepare for the next year’s assembly elections which are due early next year. So to strike a chord with people, Mr. Channi has been travelling across the State and meeting under-privileged sections.

He also expressed his solidarity with the families of the deceased farmers by visiting them and personally handing over appointment letters for government jobs to next of kin.He also announced the waiver of the entire outstanding default amount of domestic electricity bills upto 2 kilo watt load.

The choice of Channi becoming the CM is claimed to be an unanimous decision, but none can deny the fact that the decision was influenced by the fact that Punjab has a sizeable Dalit population. Dalits make upto 32% of the votes of the state with Ramdasis/Ravidasis alone constituting 14 per cent and with the assembly elections barely five months away, it would be a great opportunity for the Congress to win over a good number of votes. Therefore, this could turn out to be a well-thought of and significant move on the party’s part as this would give them a chance to undo the damage caused by the polarisation between Jat Sikhs and other communities in the state. The polarisation had increased owing to the festering protests by farmers’ unions against the new central farm laws, which have also seen sporadic violence. Although this is also a very high risk gamble, as the polarisation can totally go against them. The bold choice of appointing Channi as CM can set off the dominant Jat- sikh community and can propel them towards the SAD (Shiromani Akali Dal) and that in turn would be a really heavy price for them to pay.

On the other hand one of major challenges waiting for Channi would be to offset the potential damage an upset Amarinder could inflict on the party ahead of the assembly polls and now also with the opposition party (BJP) opening doors for the former Patiala royal. It will also be a test for Channi as to how he builds a rainbow caste vote bank for the Congress to shore up the party’s electoral prospects.

So, with a dramatic step in, Channi definitely has a long list of issues and problems waiting for him. Only time will tell if he will be able to conquer these shortcoming and come out with flying colors as the Strong First Dalit Sikh CM of Punjab or will succumb and fall short.

Home » My Chief Minister » Charanjit Singh Channi: The journey of the first Dalit Sikh CM of Punjab
a
Menu