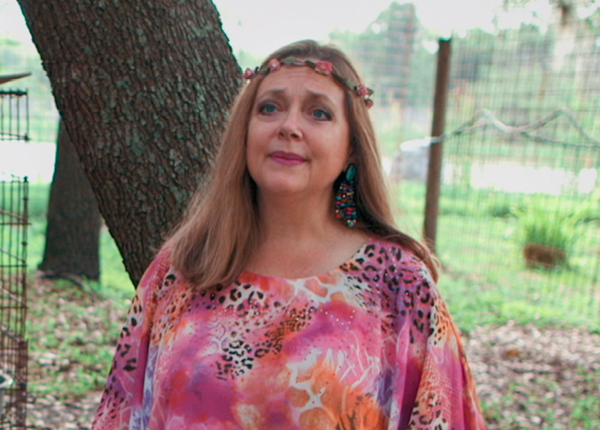 Baskin and her husband, Howard Baskin, filed suit in Tampa, Florida on Monday against the streamer and production company Royal Goode Productions. According to the documents, obtained by Variety, Baskin alleged that Royal Goode Productions has breached the contract by continuing to use footage of her and her husband in ‘Tiger King 2’ since they only signed appearance release forms for the first documentary. Netflix declined to comment on the matter.

“Understanding that the Appearance Releases limited Royal Goode Productions’ use of the footage of the Baskins and Big Cat Rescue to the single, initial documentary motion picture, the Baskins believed that any sequel – though odious – would not include any of their footage,” the document read, also stating that the Baskins were surprised to see that footage of them was used in the trailer for ‘Tiger King 2’.

“The Appearance Releases limited Royal Goode Productions’ right to use film footage of the Baskins to ‘a documentary motion picture’. Throughout the Appearance Releases there is only reference to and mention of ‘the Picture’. No mention is made of granting Royal Goode Production sequel rights, rights to create derivative works from ‘the Picture’ or additional seasons or episodes,” the lawsuit stated.

Therefore, according to the documents, the Baskins are demanding that Netflix and Royal Goode Productions remove any and all footage of them from ‘Tiger King 2’, and seek to take the case in front of a jury.

Baskin has been vocal about her disdain for ‘Tiger King 2’, telling Variety shortly after the sequel series was announced: “I wouldn’t call Eric Goode or Rebecca Chaiklin true documentarians. I mean that was just a reality show dumpster fire.”

In the lawsuit, Baskin also listed out her qualms about the docuseries, alleging that the project was originally described to her as being “an expose of the big cat breeding and cub petting trade akin to the documentary feature film entitled ‘Blackfish’,” instead of centring on Joe Exotic and his animal park.

“‘Tiger King 1’ was particularly harsh and unfair in its depiction of the Baskins and Big Cat Rescue. The ‘Tiger King 1’ series wrongly attempted to suggest that Big Cat Rescue abused its animals by keeping them in very small cages while not making clear that the animals actually reside in expansive enclosures,” the lawsuit continued.

“Also, ‘Tiger King 1’ incorrectly suggests an equivalency between Big Cat Rescue and Joe Exotic’s roadside zoo, and more broadly that there is no difference between roadside zoos that exploit and mistreat animals and accredited sanctuaries that rescue and provide excellent lifetime care to the animals.

Perhaps most pernicious is the overarching implication in ‘Tiger King 1’ that Carole Baskin was involved in the disappearance of her first husband in 1997,” the lawsuit stated.

Baskin has repeatedly denied any involvement in the disappearance of her first husband, Don Lewis.

‘Tiger King 2’ is set to premiere on Netflix on November 17.