California To Pay Reparations Of $25,000 To The Survivors Of Forced Sterilisation

The California state in the United States is set to pay reparations of up to $25,000 to the survivors of decades of horrific practice call ‘eugenics’. The practice, which was prevalent from 1909-1979, the government sterilized some people, mostly with mental illness or physical disability, whom it deemed unfit to have children, according to the news agency Associated Press. Some of the victims of this practice include people as young as 13-year-old, the AP report further said.

The supporters of the ‘eugenics’ believed the people with such “undesirable traits should not have children” in order to improve the human race.

According to the Associated Press, more than 20,000 people were sterilized under this practice until the law was repealed in 1979. Notably, since the practice is so old, only a few hundred people might be alive by now.

The state has set aside $7.5 million for the reparations program, part of its $262.6 billion operating budget that is awaiting governor Gavin Newsom’s signature.

California is the third state in the US after Virginia and North Carolina to make compensation to the victims of the so-called “eugenics movement”. Along with this, the state government will pay compensation to women who were sterilised in the prisons. Of which, some cases could be as recently as 2010, the news agency also reported.

Between 2005 to 2013, California sterilized at least 144 women, it also reported. “We must address and face our horrific history,” said Lorena Garcia Zermeño, policy and communications coordinator for the advocacy group California Latinas for Reproductive Justice. “This isn’t something that just happened in the past.”

It also reported that the state while all of the women signed consent forms, officials in 39 cases did not do everything that was legally required to obtain their permission for the sterilization.

The first eugenics sterilization law was introduced in Indiana state in 1907. Later, it expanded to 30 states. It reached California in 1909. It was by far the largest program, accounting for about a third of everyone sterilized in the United States under those laws. 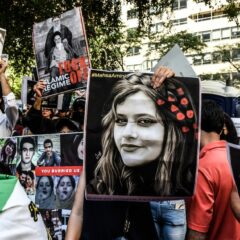